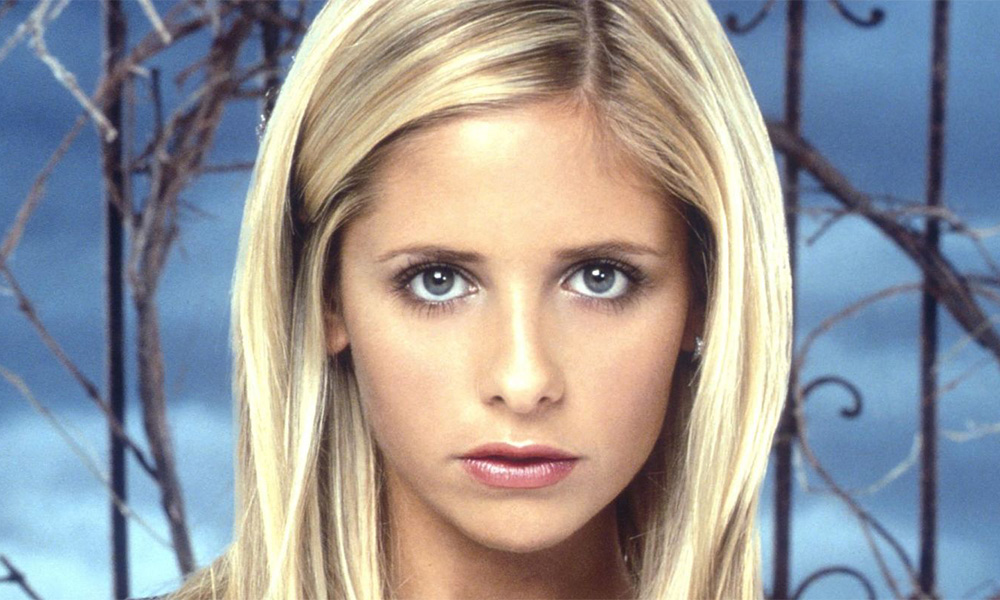 How Buffy the Vampire Slayer Would Slay 2018

Buffy the Vampire Slayer would have had her work cut out in 2018.

Buffy Summers (Sarah Michelle Gellar) arrived in Sunnydale — and on our screens — 20 years ago. She was a teenage girl with supernatural gifts unwillingly “chosen” to slay vampires, demons and monsters in all guises. Sunnydale had all the outward appearance of a typical southern Californian town of the American Dream. But in fact, it was Hellmouth, a crack between earth and the dimensions of hell, and thus a source of power for all evil and a lure for ambitious monsters propelled by a desire for unbridled power.

Hellmouth itself is a metaphor for absolute power — or at least the will to wield it. In the world of Joss Whedon’s brilliant Buffy the Vampire Slayer, monsters are metaphors for the continuation of human injustice and the hidden injuries of oppression.

But, above all, these monsters are metaphors for the will to power. Often disguised in human form, the monstrous quest for power in the “Buffyverse” often takes the shape of figures of authority — high school principles, local mayors (seasons one and two) and even national authority in the shape of the government “initiative” (seasons three and four). Authority figures are depicted as either corrupt from the outset or corrupted by the seduction of power — and there are many hints throughout the seven series that human authority is in collusion with the forces of darkness. 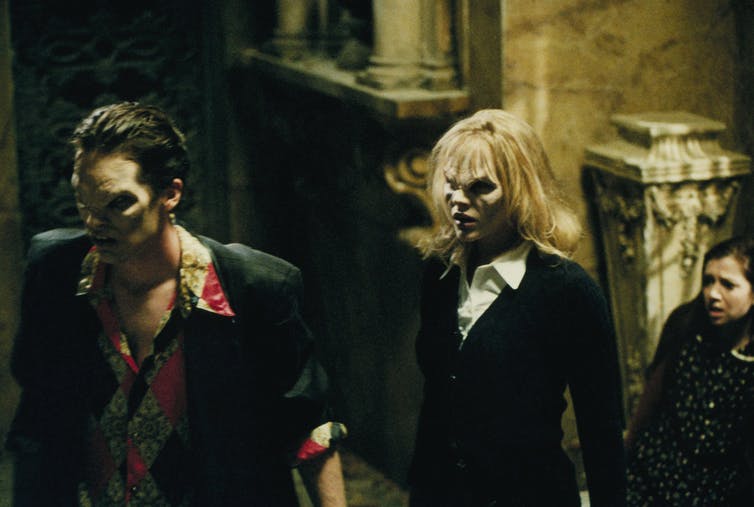 The question of power is a central theme in Buffy, and it is explored in a variety of manifestations — including that of those who are on the “right side”. When Buffy first encounters her “watcher” Giles, a member of an ancient Watcher’s Council who sent him to Sunnydale to guide Buffy in her role as the “chosen” vampire slayer, she immediately challenges his authority.

It is only his openness to this challenge and his ability to enter into a relationship of dialogue with Buffy, rather than dispensing ancient rules, that redeems him. When Giles first explains that he is her watcher and his job is to “prepare” her, Buffy puts him firmly in his place:

Prepare me for what? For getting kicked out of school? For losing all of my friends? For spending my time fighting for my life and never getting to tell anyone because I might endanger them? Go ahead. Prepare me.

Throughout the series, the Watcher’s Council is depicted as overbearing, patriarchal, and interfering. And Buffy defies them more than once. 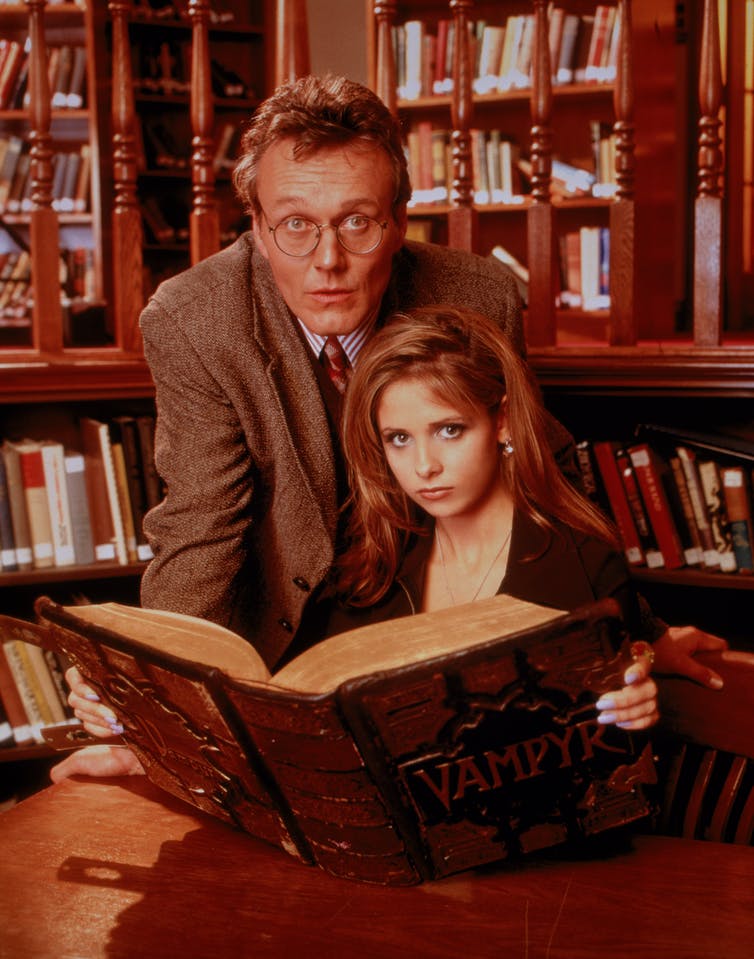 The show’s exploration of power is also conducted through the character of Buffy herself. Her ambivalence about her own power is what keeps her grounded — she would really like to be a normal teenager, and so feels her power as a burden. This picture is complicated as the fictional universe develops. Buffy builds up a group of friends and helpers (the Scooby gang), but there are times when she decides to act alone. In these cases she is either prevented by the Scooby gang, or else suffers immeasurably — when Buffy tries to wield power alone she comes unstuck.

A further examination of power occurs in the possibility of ambiguity in the monstrous. There are vampires and monsters who are tortured souls or are trying to redeem themselves — but, in each case, that ambivalence is predicated on those characters’ decisions to relinquish their own power, as the story arcs of the vampires Angel and Spike demonstrate. Spike in particular, not only lets go of power, but in the end sacrifices himself for the world. 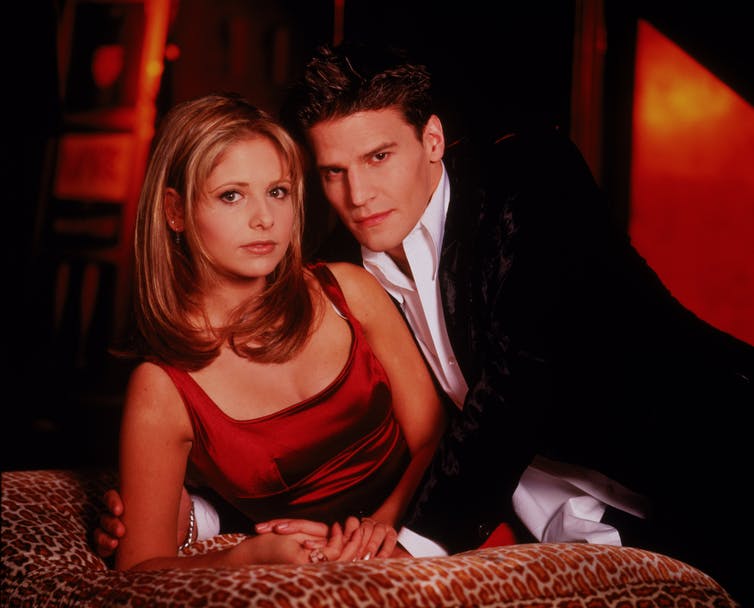 Buffy on the White House

So at the heart of Buffy the Vampire Slayer is a critique of the quest for absolute power. What, then, would Buffy and the Scooby gang make of the figure currently installed in the White House? Is the White House the new Hellmouth?

Trump is of course not supernatural evil incarnate (although I’m sure many have said as much). But Trump’s own drive for power, and the way in which it is wielded, is fundamentally at odds with the ethical world of Buffy. Dialogue and negotiating are central values in the Buffyverse — Buffy builds bridges with her friends, her family and even other slayers. In contrast, Trump builds walls (or threatens to) and excludes those he disagrees with (even the media — including the BBC — from his press conferences).

If there ever was to be an episode of Buffy vs Trump, Buffy, as his central foe, would not just represent “woman” but would be a metaphor for all the outcast, the foreign or the “other” who Trump wishes to expel or discipline. In the Buffyverse, such a human figure would be revealed as monstrous (and probably green and scaly underneath) and Buffy and the rest of the Scooby gang would either dispatch it or drive it away.

Buffy the Vampire Slayer’s conclusion is entirely apt for our own struggles against growing despotism today. Buffy and the Scooby gang decide to overturn the Council rule that insists there is only one slayer — they defy the law that only an individual can hold power.

The final message is to embrace an alternate form of power, one that is collective, embracing and inclusive — a power that connects all of us to each other in our miseries, in our struggles and in our differences. In our own fight against demagoguery, we would do well to keep in mind the inspiring collectivity embodied in Buffy’s final speech when she tells the crowd:

I say we change the rule. From now on any girl who might be a slayer will be a slayer. Every girl who could have the power will have the power, can stand up, will stand up. Slayers everyone of us. Make your choice. Are you ready to be strong?

Milly Williamson is a Senior Lecturer in Film and Television Studies at Brunel University London.

How Buffy the Vampire Slayer Would Slay 2018