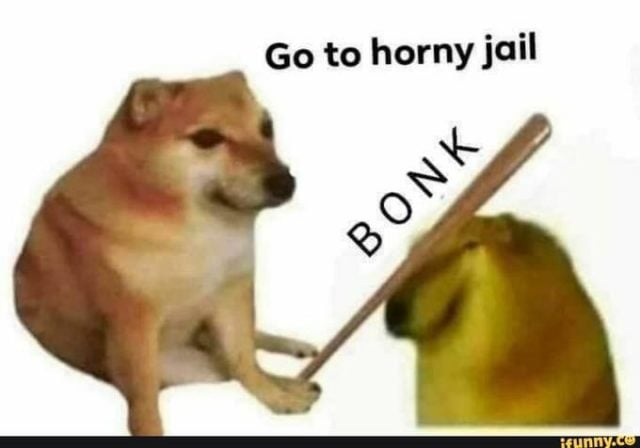 What The Meme Means

The Origin Of the Meme

According to Know Your Meme, BaconatorSr posted an image of the two dogs on March 19, 2020, and it has garnered over a thousand five hundred likes and dozens of comments. From there it made the rounds on social media platforms gaining popularity and developing with every use, like most memes.

The Spread Of The Meme

The Variations Of The Meme

How To Use It

You can also use it disparagingly against yourself in a self-deprecating way. People have been using this meme as a way to say that they are looking for love or that they find someone physically attractive.

Is The Meme Hampering Sex Positivity?

On the one hand, it might seem like the meme is sex-negative since it’s being used to keep the dirty stuff off the main timeline, but it’s also a playful way of telling someone they are teetering on the edge of the line. Usually, this meme is just the punchline of a joke, so it’s a little scold without much judgment.

This meme gives users language to talk about sex more openly, even if it’s to express discomfort which is a good thing. Part of sex-positivity is being able to tell people that they are making you uncomfortable and learning how to set boundaries. If this meme helps that in any way then it’s a good thing.

Often on the internet, you are either sainted or canceled, but this meme shows us that some people have developed the ability to express an opinion in a pretty non-threatening manner and then go about their business.