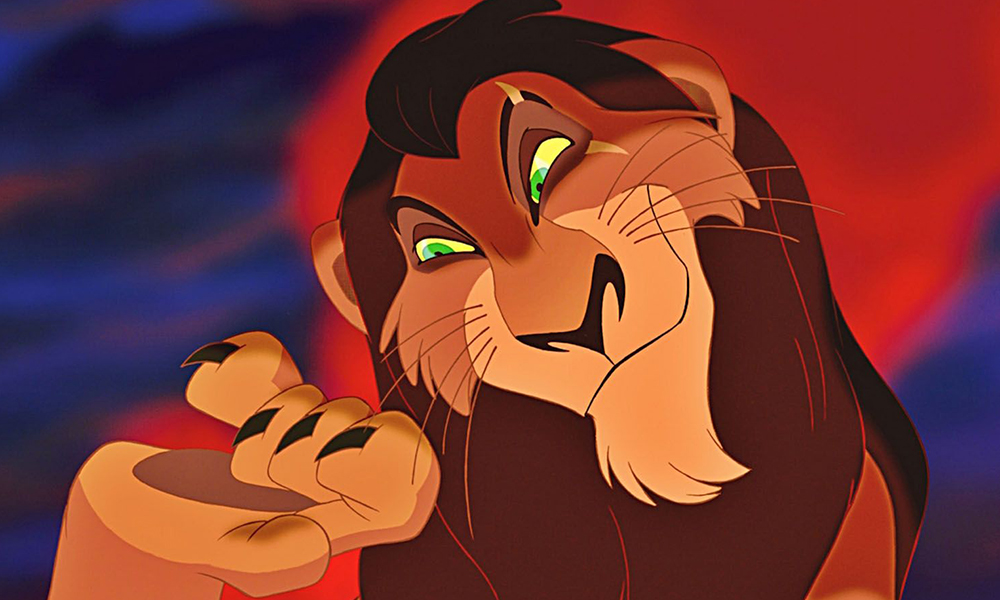 Hollywood Has A Queer Coding Problem

What Is Queer Coding? Unpacking This Hollywood Trope

Have you ever noticed how a lot of cartoon villains are kinda…gay? Think about it. HIM from “The Power Puff Girls” wore thigh-high stilettos, a poofy dress, and spoke in a high-pitched voice. Scar from Disney’s “The Lion King” has a flair for the dramatic and feminine body language. Ursula from “The Little Mermaid” was based on real-life drag queen Divine. While their creators haven’t explicitly stated that these characters are queer, there’s enough subtext to suggest otherwise. That’s queer coding. But is it necessarily a bad thing? And where did this trope even come from? Let’s unpack queer coding.

What Is Queer Coding?

Queer coding is a term used in media studies to describe characters that, though aren’t explicitly confirmed to be queer, have traits, behaviors, and dialogue that can be associated with queerness. These stereotypes are used to allude to a character’s queerness, so you can make the assumption for yourself without the authors explicitly stating it in the film or TV show.

If you grew up watching Disney movies as a kid, you’ll know exactly what we’re talking about. Disney films of the past were rife with queer-coded characters. In “Peter Pan” you have the flamboyant Captain Hook. In “Pocahontas” you have Governor Ratcliffe, who wore bows in his hair and glittery capes. Tarzan’s “Terkina”, who was voiced by lesbian comedian Rosie O’Donnell, is a straight up butch. And in “Lilo and Stitch” you have Pleakley, who loved to disguise themselves in feminine clothing and makeup.

A post shared by The Definitive Disney Nerd (@thedefinitivedisneynerd)

As with most Hollywood tropes, the queer-coded character has a long and storied history.

Between 1934 to 1968, Hollywood movies had to abide by the Motion Picture Production Code, also known as the Hays Code. Under this strict set of guidelines, filmmakers had to ensure that their films wouldn’t “lower the moral standards of those who see it” and that “the sympathy of the audience shall never be thrown to the side of crime, wrongdoing, evil, or sin.” At the time, things like overt displays of sexuality, interracial romantic relationships, same-sex couples, and positive depictions of queerness were all considered morally wrong by conservatives, so naturally, the code would ban their depictions. Even things we would now consider benign, like “kissing in a horizontal position” or “nude silhouettes” were considered questionable.

What’s a filmmaker to do?

And while the code was voluntary, flouting it meant lowering your chances of getting your film played in theaters. As such, anyone who wanted to insert queer characters into their films had to get creative. Rather than writing a gay character into the script, which would never fly under the Hays Code, filmmakers would code their characters as queer, depicting queer-coded male characters as effeminate and flamboyant and queer-coded female characters as tomboyish, cold, and uninterested in men.

Filmmakers could also more easily get away with portraying queer-coded or queer characters if they were depicted as either the butt of jokes or as evil villains. Remember, this was around the time when anti-sodomy laws and gay bar raids were commonplace across the US. At the time, the majority of Americans had a very negative view of queer people and the queer community, and as such, many filmmakers would perpetuate harmful stereotypes like “the sissy” or the “sadist”.

Queer characters would also be given a tragic storyline, usually getting killed off towards the end of the film. That’s why we have tropes like the “Bury Your Gays” trope, which is unfortunately still apparent to this day.

Before the Stonewall riots and the gay rights movement, queer audiences had to settle for what little morsels of representation were available.

And while some gay men and women get a kick out of seeing themselves represented as a badass queer-coded villain, seeing characters similar to you continually depicted as reprehensible and immoral can definitely have a negative impact on your sense of self-worth.

Plus, these stereotypes didn’t disappear once the Hays Code became obsolete. In fact, many of the stereotypes that were born during the Hays era stuck around. They can be seen in hundreds of films. You can see the sissy archetype in Gaston’s bumbling sidekick Le Fou from “Beauty and the Beast”, the “sadist” in the brother-murdering Scar from “The Lion King”, the depraved lesbian in the cold-hearted housekeeper Mrs. Danvers in Alfred Hitchcock’s “Rebecca” and the psychotic trans woman in Michael Caine’s Dr. Robert Elliot.

A post shared by Beyond The Mouse Podcast (@beyondthemousepod)

While queer coding isn’t always a bad thing – there are plenty of benign queer-coded characters out there – queerbaiting, on the other hand, is almost always problematic.
Queerbaiting is the act of inserting queer themes or implying that characters might be queer for the sole purpose of provoking and attracting more audiences. Oftentimes, queerbaiting looks like this: Authors/directors/producers will add a dash of homoerotic tension between two same-sex characters, often during series finales, as a ratings grab. A brush of the hand here, a lingering look there, a selfless, life-saving act here. And yet the two characters never really admit their supposed attraction for each other or take their relationship to the next level. Sometimes characters will share a kiss or enjoy a brief tryst. But more often than not, their storylines will fizzle out and be swept under the rug.

But wait, shouldn’t queer audiences be happy to see queer-coded and overtly queer characters get some action? Activists and media scholars will argue that, in 2021, it’s about time for queer people to get the representation they rightly deserve. And that means out and proud characters having healthy and happy relationships that don’t result in death.

At a time when queerness was considered morally wrong, queer coding was a way for artists and writers to insert queer characters into their work without ruffling conservatives’ feathers. But today, the status quo has changed. LGBTQ+ people are getting the acceptance they rightly deserve. And more and more artists are able to portray gays, lesbians, bisexuals, non-binary, and trans people in a positive way. In animation, this is especially apparent, with canonically queer characters in shows like “Steven Universe”, “She-Ra”, and “Adventure Time”.

In turn, these positive portrayals are also changing the way audiences feel about LGBTQ+ people. While slowly destroying the negative stereotypes that have become prevalent in pop culture. With that being said, it seems that queer coding is turning into less of a necessity and becoming a relic of the past.

Hollywood Has A Queer Coding Problem