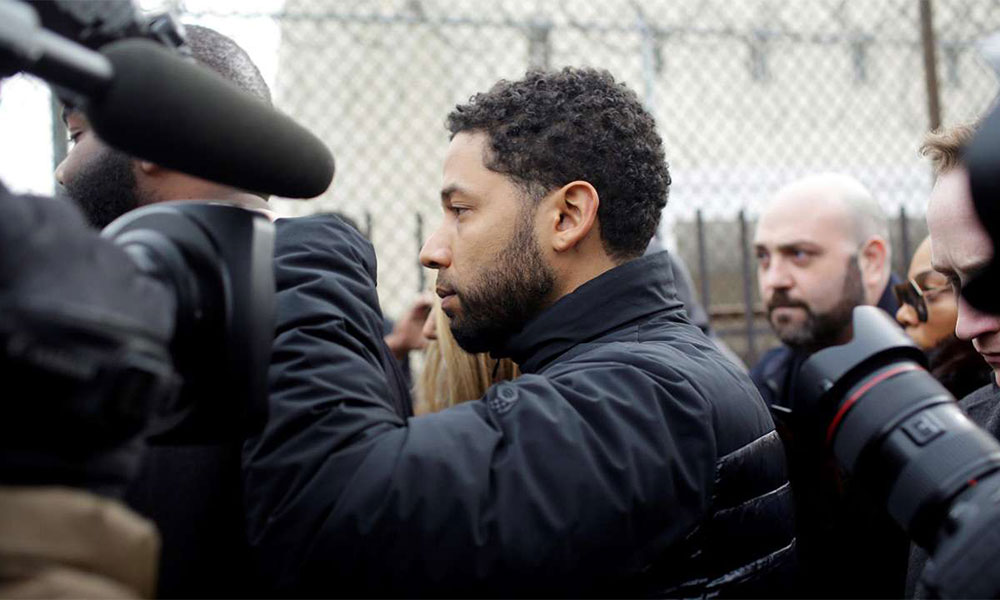 On Friday, the executive producers of Empire announced they’re pulling Jussie Smollett‘s character from the final two episodes this season.

In a statement released by 20th Century Fox Television, the producers (Lee Daniels, Danny Strong, Brett Mahoney, Brian Grazer, Sanaa Hamri, Francie Calfo and Dennis Hammer) expressed their disappointment. “The events of the past few weeks have been incredibly emotional for all of us. Jussie has been an important member of our Empire family for the past five years and we care about him deeply.”

“While these allegations are very disturbing, we are placing our trust in the legal system as the process plays out,” the statement continued. “We are also aware of the effects of this process on the cast and crew members who work on our show and to avoid further disruption on set, we have decided to remove the role of ‘Jamal’ from the final two episodes of the season.”

Earlier this month, Fox voiced its support for Smollett. As his accusations started to unravel and rumors swirled about him being written off the series, Fox expressed compassion and support.

“The idea that Jussie Smollett has been, or would be, written off Empire is patently ridiculous,” Fox said earlier this week.

On Thursday, authorities arrested Smollett on felony charges for allegedly filing a false police report. If convicted, Smollett could find himself behind bars for up to three years.

The actor denied the charges.