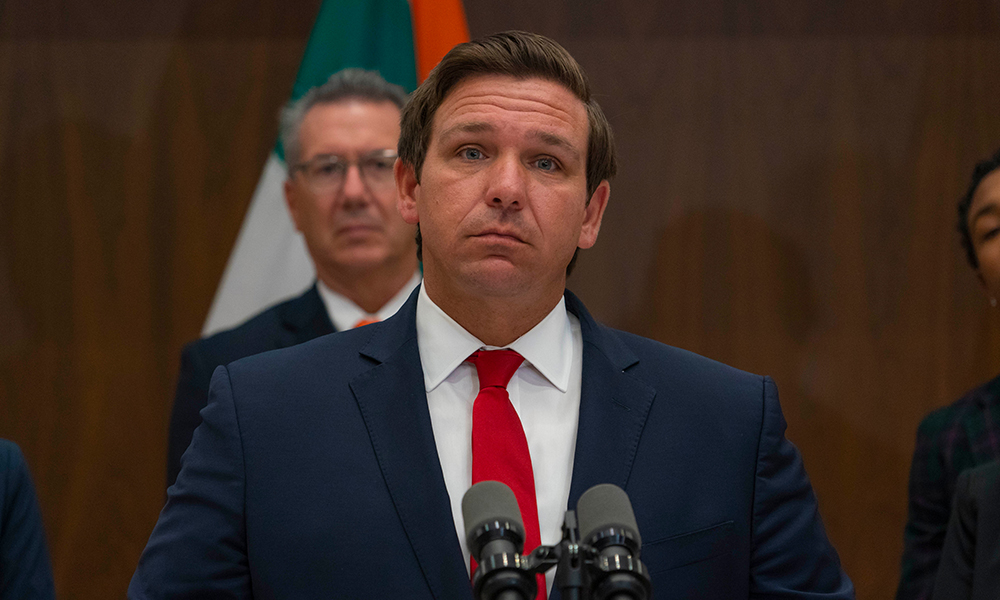 Florida’s “Don’t Say Gay” bill is one step closer to being a reality.

On Thursday, The Florida Senate Education Committee passed the queerphobic “Don’t Say Gay” bill. The bill forbids schools from discussing sexual orientation or gender identity. This comes after President Biden slammed the bill on Twitter. He promised he and his administration would make sure the LGBTQI+ community gets the support they need.

The President said he wants “every member of the LGBTQI+ community — especially the kids who will be impacted by this hateful bill — to know that you are loved and accepted just as you are,” he wrote. He continued writing that he will “continue to fight for the protection and safety you deserve.”

While the bill still has two Senate committees to go through, it could become law and start impacting students as early as June of next year.

Florida’s Republican Ron DeSantis has already voiced his support for the bill claiming that schools should do the bare minimum. “We’ve seen instances of students being told by different folks in school, ‘Oh, don’t worry. Don’t pick your gender yet. Do all this other stuff.’ They won’t tell the parents about these discussions that are happening,” DeSantis said. “That is entirely inappropriate. Schools need to be teaching kids to read, to write. They need to teach them science, history. We need more civics.”

He added he wants “to make sure that our schools are really focusing on the basics.”

As you can imagine, the bill is upsetting members of the LGBTQIA+ community, with high school student Delaney Ocock telling CBS News the bill is “unnecessary.”

“The bill is sending a message to LGBTQ youth that they have something to be ashamed about, that their identities are so taboo that they shouldn’t even be talked about in classrooms,” she said. “In a world that already shames LGBTQ people enough, children who are learning and developing who they are don’t need any more of that stigma.”

Ocock came out as a lesbian when she was eleven years old. She credits a lot of her strength to do so to her seventh-grade English teacher.

“If I hadn’t had that experience of having a really awesome accepting middle school experience, I definitely wouldn’t be as vocal about who I am in my identity today,” she explained. “Having that really normalized it for me and made me not afraid to speak about who I am.”

She explained the bill would eliminate essential conversations at school, which is the only place some queer kids can talk about their truth. “This is really a death sentence. […] they’re trying to take a safe space away from children,” she stressed. “And also requiring teachers to out students to their parents, that just really does not sit well with me because I have a lot of friends and I know a lot of kids in my own [Gay-Straight Alliance] that if they were in that situation, where their parents were contacted about who they are, it would be very dangerous for them both mentally and physically.”

In 2021, the Trevor Project launched a survey to try and figure out where queer kids got the most support. Half of the more than 82,000 respondents considered their school LGBTQ-affirming. Meanwhile, only one-third thought the same of their home.