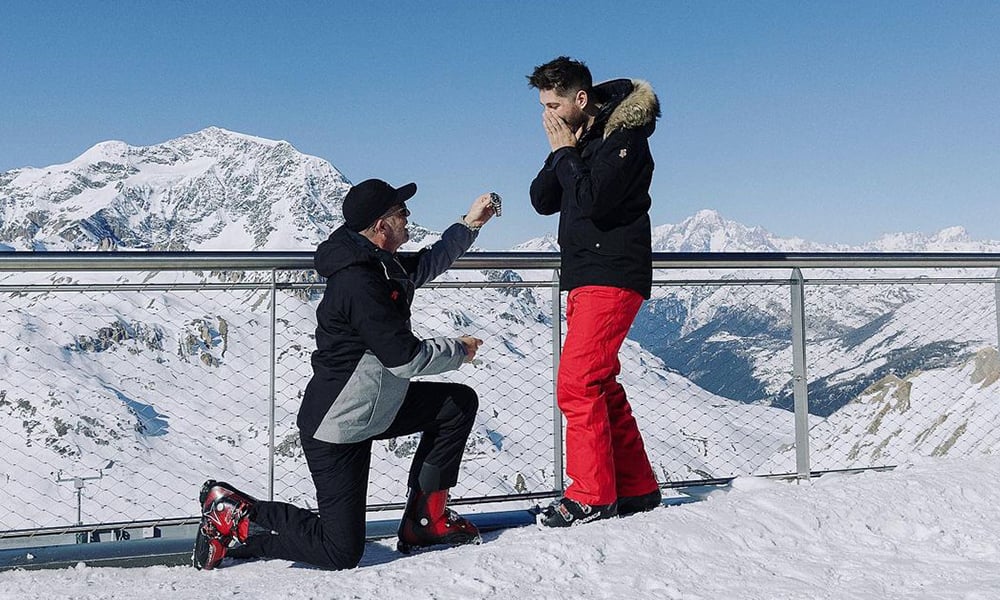 Below Deck alum, Josiah Carter is getting married!

Josiah Carter’s long-time boyfriend Michael Groves recently proposed, and he said yes! Carter shared a photo of Groves down on one knee to his Instagram, captioning it “We’re Engaged!”

Groves popped the question at a popular ski resort in the French Alps called Val d’Isère. However, instead of asking the Bravo star to marry him with a ring, he asked with a luxury wristwatch. Carter’s Below Deck co-stars are already flooding the comment sections supporting their engagement. “This is amazing @josiahcarter_ and @mikestg365 so happy for you both!!! Congratulations 🙌👏❤️” wrote Carter’s season six cremate Ross Inia wrote. “STOP!!!!!! CONGRATULATIONS 😍😍😍😍,” Below Deck Mediterranean star Nastia Surmava chimed in.

Last October, the couple celebrated four years together. “Happy anniversary (for yesterday) to this dreamboat,” Carter captioned an Instagram photo of the two. “Love you more now than our first date 4 years ago, here’s to the next 4 years.”

Josiah Carter rose to fame after appearing on the sixth season of Below Deck, which follows the lives of crew members who live and work on Yachts. Since then, he has become a regular on a Below Deck-themed talk show called “Below Deck” Galley Talk.

Now with their pup River, the couple is taking a new step toward growing their family. Congratulations to the happy couple!