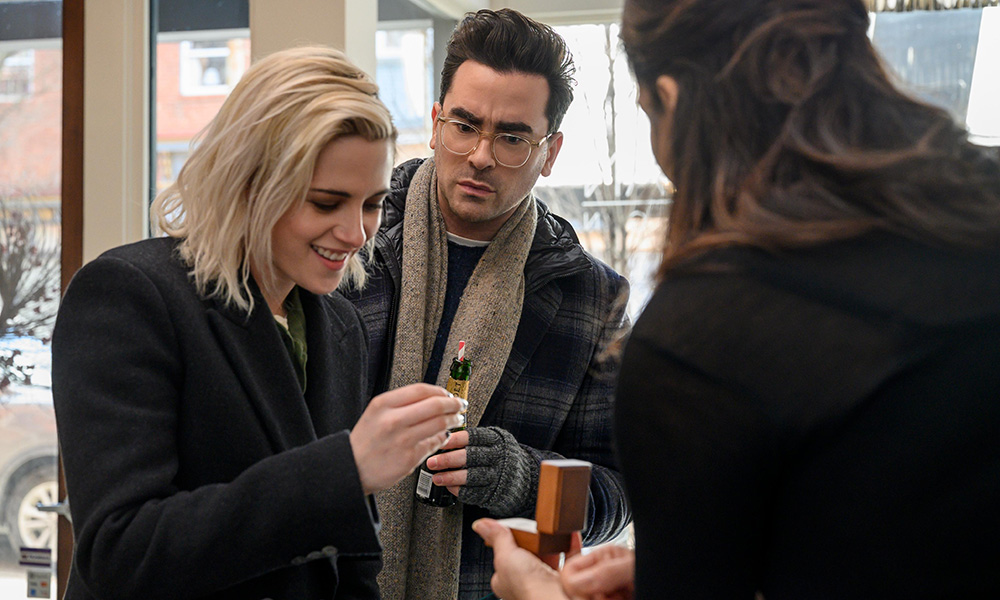 The Happiest Season actor and star of the upcoming Princess Diana biopic Spencer is getting married to longtime girlfriend and screenwriter Dylan Meyer.

Kristen Stewart confirmed the engagement to the screenwriter on SiriusXM’s The Howard Stern Show and said, “We’re marrying, we’re totally gonna do it. I wanted to be proposed to, so I think I very distinctly carved out what I wanted and she nailed it. We’re marrying, it’s happening.”

In May, the pair were seen holding hands in Los Angeles, shortly after Meyer announced she was moving out of her home of 10 years. “This spot felt like a true palace to me, even though it was basically a pile of sticks scotch-taped together,” she wrote on Instagram. “This was the place where I really grew up … We filled that place with unbelievable quantities of love.”

In a previous interview with Stern, Stewart gushed about how excited she would be to be engaged to Meyer and now it’s finally happening. Meyer co-wrote + the Netflix movies XOXO + and Moxie.

She met Stewart on a movie set in 2013 and then ran into her again in 2019. They started dating shortly after that. Congratulations, Kristen and Dylan!