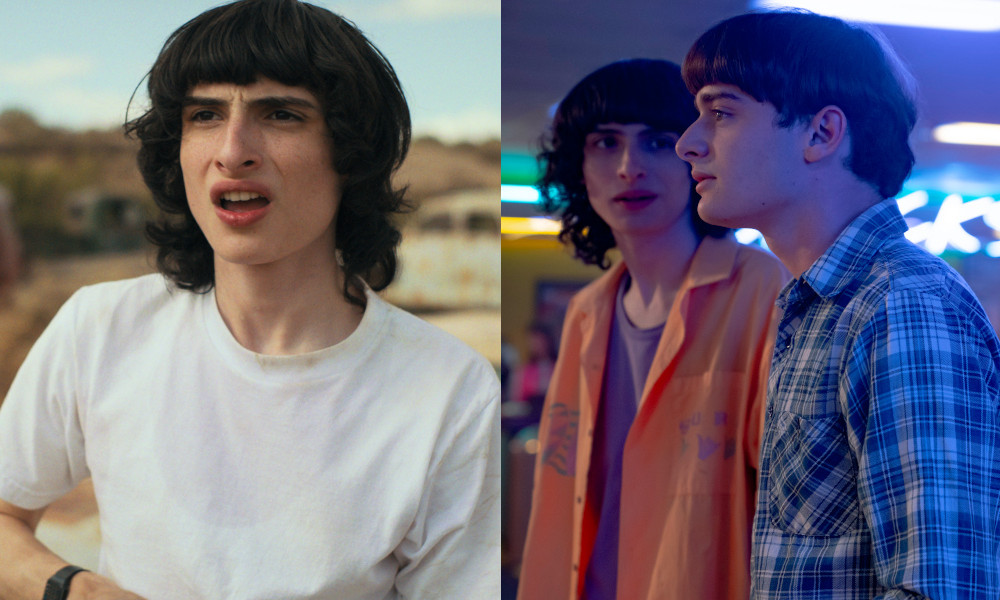 Stranger Things star Finn Wolfhard is opening up about his expectations for Will and Mike going into season five: ” I really want Will to have a really happy ending.”

Fans of the popular Netflix supernatural series have long speculated that Will Byers (played by Noah Schnapp) is gay. Last year, the actors and creators finally confirmed the rumors about Will’s sexuality and commented on his obvious feelings for his best friend Mike Wheeler (Finn Wolfhard).

“It’s pretty clear this season that Will has feelings for Mike,” Schnapp told Variety. “They’ve been intentionally pulling that out over the past few seasons.

“Will has always felt like that,” he continued. “All his friends, they all have girlfriends and they all fit into their different clubs. Will has never really found anywhere to fit in. I think that’s why so many people come up to me and tell me that they love Will and they resonate with him so much, because it’s such a real character.”

A car scene in season four also heavily hinted at Will’s affection towards Mike as he poured his heart out to his bestie.

Finn Wolfhard Wants to See Will Have a Happy Ending

During an interview with IndieWire, Wolfhard also commented on the dynamic between his and Schnapp’s characters and what he would like to see happen in season five.

“As far as the Mike and Will relationship goes, I always found it kind of funny, especially last season of Mike just being so clueless.

“I would imagine Mike is going to be totally accepting of Will,” he continued, “and I really want Will to have a really happy ending. And I think he will. What’s going to be so awesome about season five is that the Duffers are sort of trying to thread this needle of trying to get every character to have their perfect ending. So I’m excited to see what ends up happening.”

Wolfhard Comments on His Costars Coming Out

Earlier this year, Schnapp came out as gay by posting a video on TikTok. “I guess I’m more similar to Will than I thought,” he captioned the video, which shows the actor lip-synching to a popular sound on the app.

Many fans and celebrities have congratulated Schnapp on living his truth, including his costar.

“I’m incredibly proud of Noah for coming out publicly like that. I think it was so incredible and brave,” Wolfhard said.

Will Byler be endgame? Only time will tell. Season five of Stranger Things is expected to drop on Netflix in 2024.