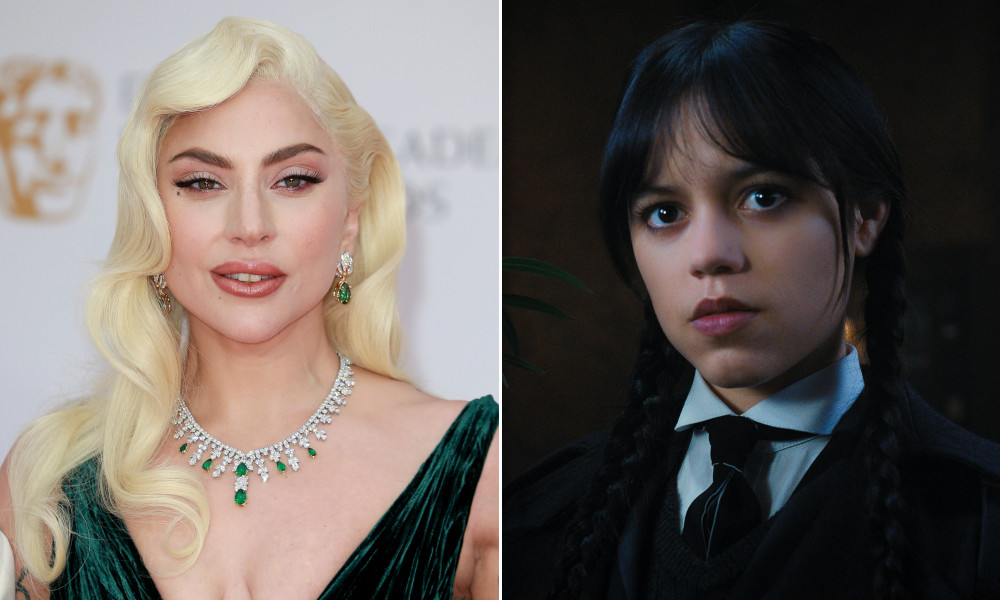 With Wednesday officially renewed for season two, it’s time to start manifesting what will go down in the next chapter. Though fans have plenty of suggestions on where the creators can take the show (cough, cough, Wenclair forever), a recent interview with Jenna Ortega revealed the actress might have a few ideas for the next season too. And it involves the mother of all monsters! How perfect.

Ortega spoke with Variety at the Golden Globes red carpet about her viral dance in episode four. Though the performance was originally set to the Cramps’ song “Goo Goo Muck,” many TikTok users opted to use Lady Gaga’s “Bloody Mary” in their reenactment videos. Mother Monster herself even joined the trend and put her spin on Ortega’s moody moves.

“That was one of the scenes I stay awake thinking about because I thought there was so much that I could have done and should have done,” Ortega said in response to the dance trend. “So the fact that anyone is showing appreciation and try it themselves, it’s not fathomable to me.”

When asked how she would feel if Gaga were to join the Wednesday family, the actress said, “I’m sure Netflix would love that.” So would we! The spooky series seems like the perfect future project for Gaga. As for what role she should play, Ortega had a few ideas.

“Ooh, I’m not sure. I feel like, Mrs. Thornhill (Christina Ricci) and Wednesday have this weird kind of mentor relationship or kind of understood each other in a way,” she said. “So if Lady Gaga were to be a part, I think they would have to be two monsters that understand each other.”

We will tune into season two regardless, but if Gaga is there, we will be front and center.

Viewers saw Wednesday caught in a love triangle between the local barista boy Tyler (Hunter Doohan) and fellow Nevermore student Xavier (Percy Hynes White), but it was her relationship with her roommate Enid (Emma Myers) that captured our hearts. We can’t wait to see how their relationship develops in S2.

“We wanna sort of explore and sort of complicate all of those relationships going forward,” creator Alfred Gough told The Hollywood Reporter. “The school was closed when they left, which gave us the most possibilities for season two, and I think that’s something that we’re excited to explore. For us, the show also is really about this female friendship, with Wednesday and Enid really being at the center of that. The fact that they really connected with audiences, it has been really gratifying.

“So, we’re excited to explore now that Wednesday’s dipped her toe into the friendship pool, what’s that gonna look like? It’s like, she hugged. That was her big arc for the season, right? So it’s like now, we do that. Then, the other thing that’s really interesting is to continue to explore the Wednesday-Morticia mother-daughter relationship as well, which now that Morticia (Catherine Zeta-Jones) knows about the power, it has given her sort of an idea of how that’s going to go. How is their relationship going to evolve?”

Wednesday is now streaming on Netflix.