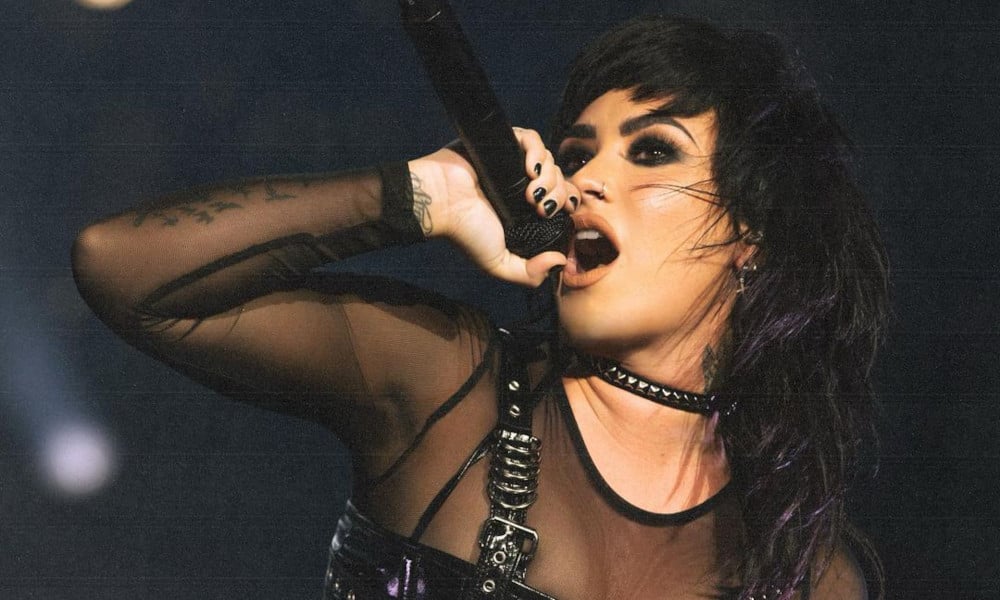 Demi Lovato’s Holy Fvck album cover was banned in the UK for being “likely to cause serious offense to Christians.”

Lovato released her eighth studio album, Holy Fvck, in August of 2022. The 16-track release features appearances from Yungblud, Royal & the Serpent, and Dead Sara. The 30-year-old singer said the album is a deeply personal journey “that begins with pain and anger and concludes with me reclaiming my power.

Related | Shawn Mendes Buzzed Off All His Hair

Lovato said the entire album plays with the dichotomy of good and bad, holy and evil, and anger and love. The album has several popular singles on its track list, such as “Skin of My Teeth,” “29,” and “Substance.”

Lovato said she worried the album would hinder its ability to be played and spoken about on the radio, but ultimately decided it did not matter. “And it’s just like, look, it’s f–king rock n’ roll,” she told SiriusXM. “They’ll bleep you if they need to and, like, if they don’t, even better.”

During the album’s rollout in August, posters featuring Holy Fvck cover art began popping up around London. But the provocative image did not appeal to all people who passed by. Reports say four people complained about the poster, which led to an investigation by Great Britain’s Advertising Standards Authority (ASA).

They removed the art just days after it was put on display to the public, but a January 11 ruling by the ASA confirmed that the image is “likely to cause serious offense to Christians.”

“Ms Lovato bound up in a bondage-style outfit whilst lying on a mattress shaped like a crucifix, in a position with her legs bound to one side which was reminiscent of Christ on the cross, together with the reference to ‘holy fvck,’ which in that context was likely to be viewed as linking sexuality to the sacred symbol of the crucifix and the crucifixion, was likely to cause serious offense to Christians.”

Polydor Records made a statement in response to the ruling and said they “checked with the agency that the poster was acceptable to run” and were “provided an assurance that it was.”

So far, Lovato has yet to issue a response.