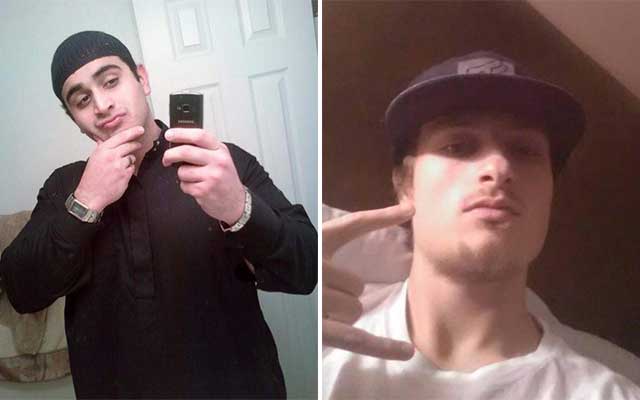 Omar Mateen, the gunman who killed 49 people at Pulse nightclub in Orlando, and James Wesley Howell, the man arrested on his way to L.A. Pride, were both gay or bisexual, according to surfacing reports.

It has become known that Mateen was a frequent visitor to Pulse nightclub, visiting it over a dozen times. He also used gay hookup apps, including Grindr, to message gay men, despite being married to a woman before.

According to Cord Cedeno, the gunman sent “creepy” messages to him on Grindr. Watch the interview below.

At least four regular customers said they had seen killer Omar Mateen drinking at the nightclub on multiple occasions. Ty Smith, one of Pulse’s customers, said: “Sometimes he would go over in the corner and sit and drink by himself, and other times he would get so drunk he was loud and belligerent.” Ty continued by saying “We didn’t really talk to him a lot, but I remember him saying things about his dad at times. He told us he had a wife and child.”

Another report from the Palm Beach Post from Mateen’s former classmate claims the gunman was gay and had asked him out. Allegedly, the classmate, Mateen, and other friends would hang out and go to gay nightclubs after class.

“We went to a few gay bars with him, and I was not out at the time, so I declined his offer,” the classmate said. “[Mateen] just wanted to fit in and no one liked him. He was always socially awkward.” He went on to say that he believed Mateen was gay but not open, and the other friends felt sorry for him.

Related: Man Arrested With Arsenal on His Way to L.A. Pride

71-year old Jim Van Horn told AP that Mateen was a regular: “He was trying to pick up people. Men. He was a homosexual, and he was trying to pick up men. He would walk up to them and then he would maybe put his arm around them or something … That’s what people do at gay bars. That’s what we do. I think it’s possible that he was trying to deal with his inner demons, of trying to get rid of his anger of homosexuality. It’s really confusing to me. Because you can’t change who you are. But if you pretend that you’re different, then you may shoot up a gay bar.”

James Wesley Howell, the young man arrested prior to L.A. Pride, was also gay and dating a young man named Zach Hambrick. According to Indystar, he was known for walking his black Labrador through the streets of Louisville. But friends had a different experience with him.

“He didn’t like anybody to know [he was gay],” Hambrick said. “After things went bad; that’s when he started getting violent with me.” The two met on a dating app and hadn’t spoken in several months. He claims he wasn’t surprised at his arrest, seeing that Howell kept a collection of guns and even pointed one of them at his neighbor. “I didn’t know why he had so many [guns] Hambrick said. “He didn’t hunt. He just had them.”

According to his friend, Joseph Greeson, Howell seemed to harbor no violent feelings toward the LGBT community, but he was always trying to prove how “badass” he was. At one point he recorded a video of himself driving away from a cop that pulled him over and sent it to his friends in a group message.

“He sent it to all of us in a group and thought he was, like, badass for running away from the cops,” Greeson said. “We all quit talking to him for a while after that.”

Howell skipped town last week after getting into legal trouble for pointing a gun at a neighbor. His parents didn’t know where he was so they called Greeson’s mother to see if she knew anything. While Greeson hadn’t spoken to him since June 1, he knew his friend was in trouble. But he never expected him to drive all the way to Los Angeles.

“He might have got scared because he got in trouble here and stuff,” Greeson explained. “He might have just been heading out and then had the guns with him for whatever reason and just, you know, wrong place and wrong time. I never really got, like, any bad signals. Just that it was strange and kind of weird. He was an only child and just kind of lonerish. I don’t know. It’s hard to explain.”

The evidence was pretty clear at the time of his arrest that Howell was on his way to L.A. Pride to use the ammunition found in his car to some capacity, according to police reports. He is scheduled for an arraignment in L.A.