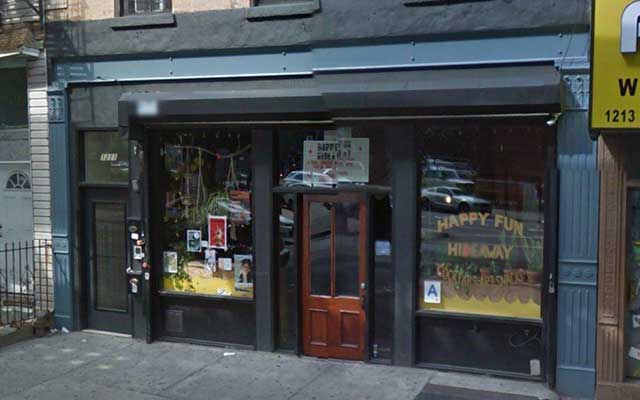 40-year old Justin Rice and his girlfriend were at the Happy Fun Hideaway bar in Brooklyn when they got into an argument, which apparently got so heated that the bar’s 34-year old bouncer asked them to calm down. They didn’t.

The bouncer threw Rice out while he yelled: “You f*cking faggots!” He also said, “I’m going to shoot this place up and get my fifty just like Orlando, Florida. I’m going to come back Orlando style!”

The New York Daily News reports that Rice then swung at the bouncer, and threw a metal bucket full of sand towards his face. The two fought until police restrained Rice.

Rice now has assault and aggravated harassment charges, while the bouncer walked away with scraped knees and elbows.