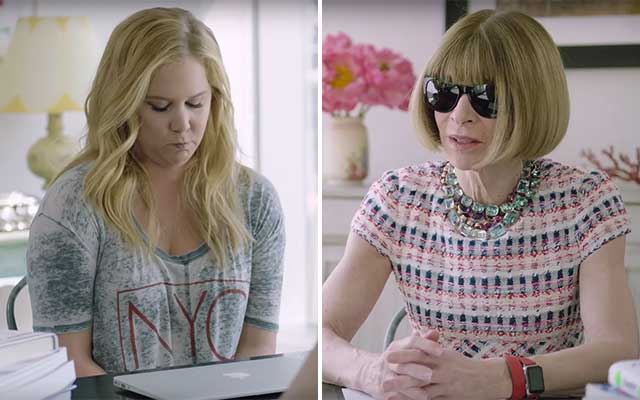 She can do no wrong. Comedian Amy Schumer can now be seen the cover of the July issue thanks to the editor of Vogue, Anna Wintour, who has been winning readers over lately by featuring, shall we say, more diverse ladies.

In a short released with her Vogue spread, Schumer and Wintour swap lives after sarcastically showing admiration for one another’s professional prowess. The video, of course, challenges the social stereotypes surrounding roles women play both personally and professionally.

Released yesterday, the video has already gained more than 300 thousand views on Vogue’s YouTube channel. The devil doesn’t wear Prada, but she performs live in Poughkeepsie. Watch the 3 minutes and 34-second video below: