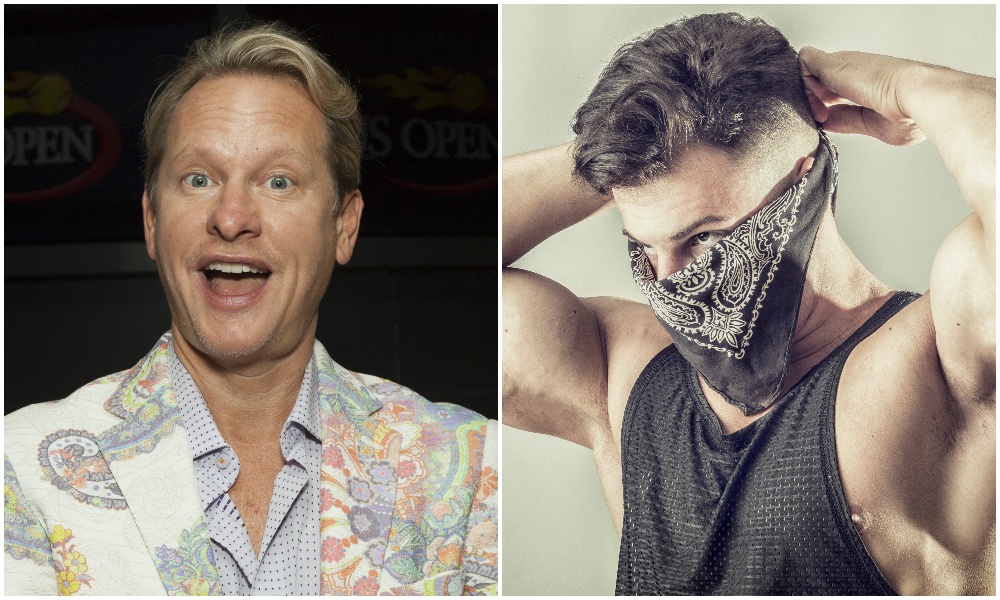 Carson Kressley Once Hooked up With a Robber

Carson Kressley once hooked up with a wanted man.

The RuPaul’s Drag Race judge opened up about the unusual experience while on the third season of the U.S. version of Celebrity Big Brother. A clip of him explaining hookup to Real Housewives of Atlanta star Cynthia Bailey and choreographer Todrick Hall is going viral on TikTok. “I had met somebody that I didn’t know that well,” Kressley said while explaining how he frequented a New York City-area bar. “Like, maybe I just met him over a drink.”

I had taken him home to my apartment, and he did seem a little dodgy,” he explained. “We started getting romantic, but then he’s like ‘I’m hungry. Could you make me a sandwich?’ I was like, ‘Sure.’ I went to make him a sandwich, but I was just like, ‘Oh, I wonder if he’s going to rob me.'”

He said he was pretty young when this all went down, so he didn’t have much worth stealing in his apartment. After his date ate his sandwich, they hooked up, and he went home. The next time Kressley went to the same bar, Champs, he saw a police sketch of his date staring back at him over the urinal.

Related | Frankie Grande Reflects on His Time on ‘Big Brother’

“He had been wanted for going around the city beating up people and robbing them after they took him home,” he added. “I escaped death.” “Romance isn’t dead. And thankfully, neither am I,” Kressley later said in a confessional.

Watch the TikTok of the moment below

Who won this season?

Kressley was booted from the house last week, while spoiler alert — Former UFC champ Miesha Tate was crowned as the winner. She beat out Hall after choosing him to be with her in the final two spots.

Carson Kressley Once Hooked up With a Robber