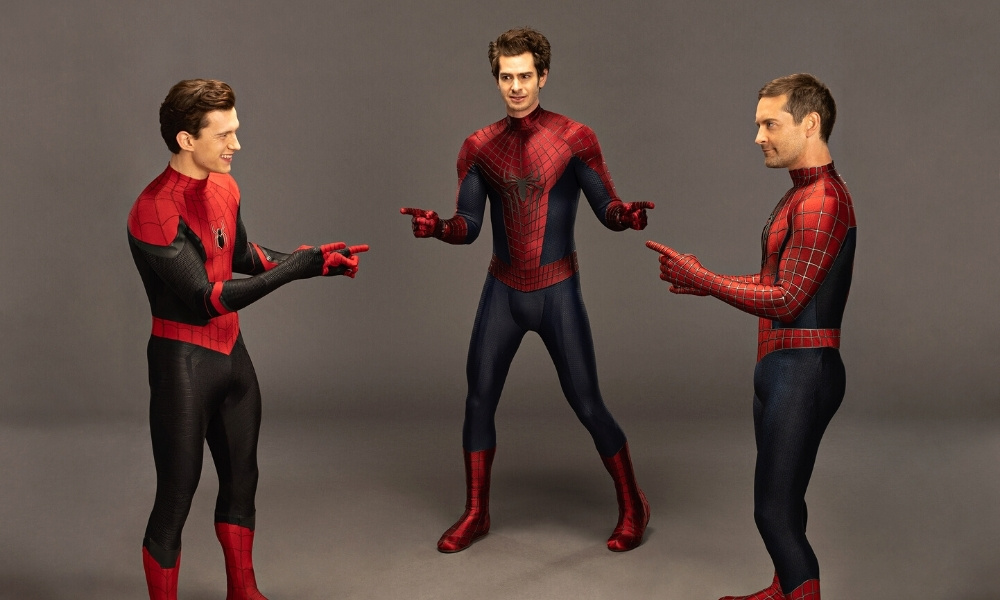 Which Spider-Man Actor Had a Fake Butt?

There’s a reason Spider-Man’s booty looked so good in ‘Spider-Man: No Way Home’.

Spider-Man: No Way Home, the ground-breaking film brought together Tom Holland, Tobey Maguire, and Andrew Garfield for a multiverse crossover movie of our dreams, and the world is still not over it.  Earlier this month, it became the third highest-grossing movie domestically. Holland recently sat down on Late Night with Seth Meyers to talk about the film. He called working with Maguire and Garfield “the most incredible experience of my career.” He also shared some details about one of his co-stars.

“I’ll give you a spoiler, and I’m not going to tell you who, but one of us has a fake a*s in their suit,” Holland admitted. Who, you ask? “You can figure out that for yourselves.”

“I remember being on set and being like, ‘wow,” he revealed. “Now hang on a minute, that’s not real.”

Fans have their theories, but we might just have to watch the movie again to see for ourselves.

Thankfully, we don’t have to wait much longer. On Wednesday, Marvel announced Spider-Man: No Way Home would be available on digital March 22nd and 4K UHD & Blue-ray on April 12th.

Of course, we got THE meme. #SpiderManNoWayHome swings home on Digital March 22 and on 4K UHD & Blu-ray on April 12!

Which Spider-Man Actor Had a Fake Butt?