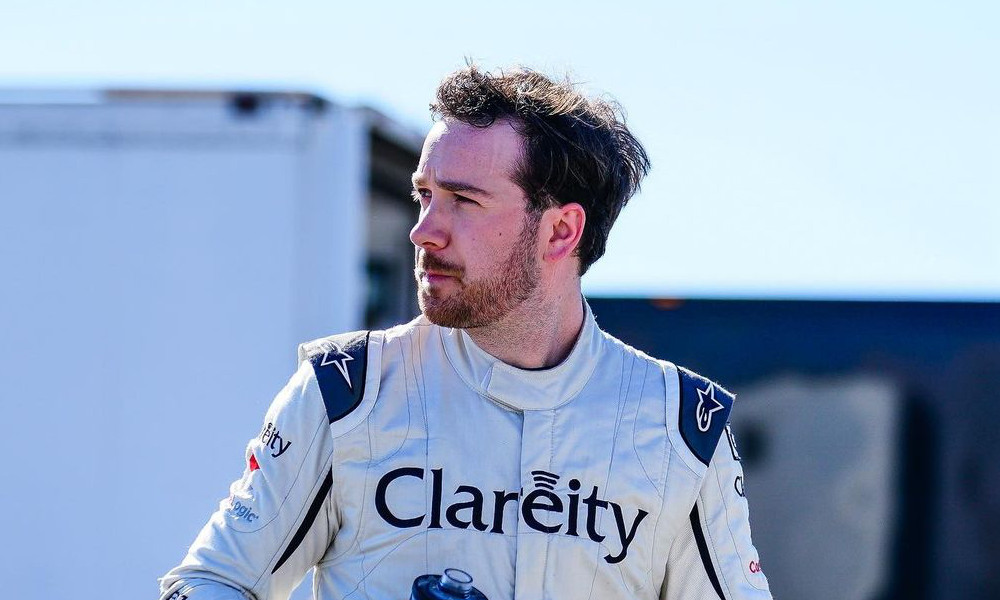 Zach Herrin is celebrating after his first Daytona race since coming out.

Gay NASCAR driver, Zach Herrin first took to the iconic NASCAR track ten years ago, but at the time, he hadn’t yet come out of the closet. Last weekend, he returned to Daytona as part of the 63 drivers for pre-season testing.

“I was so stressed out the night before, and was like, ‘I have done this my entire life, why am I doing this to myself?,’” he told Outsports. “But once I got out to about the third lap in, I said, ‘Oh, I do know what I’m doing, and now let’s figure out how we go fast.’”

To make the experience even better, his fiance, Matt, was on the sidelines, cheering him on the whole way.

“When we ended the day at Daytona, I was just thrilled,” he admitted. “I think I had an adrenaline rush for 30 minutes after we left the track and today waking up I was like, ‘Here we go again.’ I know it’s going to be a lot, and I’m ready for it. I find myself smiling more about the whole process. I’m just really excited about it.

He said the auto-racing community has been surprisingly supportive of his sexuality.  “I’ve been shocked. It’s been everything positive, and from people, I wouldn’t have expected it to be so positive,” Herrin said. “I know we’re going to have some people who are going to push buttons, but as I said before, we’re just gonna feed on the hate and try to create a space that’s ready and right for us. I’ve just been overwhelmed and happy with what we’ve been seeing so far.”

Doing What He Loves

Herrin is set to compete in five or six races in the ARCA Menards Series, NASCAR’s fourth national traveling series.

“I’m happy, and that’s one of my other big personal goals coming back to this,” Herrin said. “I spent so many years just solely driven on ‘am I doing enough to have these results I should be having?’ and just earning the opportunities to be there with my partners. I’m going to focus on that, too, but I need to really focus on having fun, because if I’m not having fun doing what I love, then it’s just going to be like, ‘Why am I doing this again?’ Now I’m going to make sure that I enjoy it.”

Perhaps there’s hope out there for other gay NASCAR drivers. Herrin’s next race is at Phoenix Raceway on March 11th.