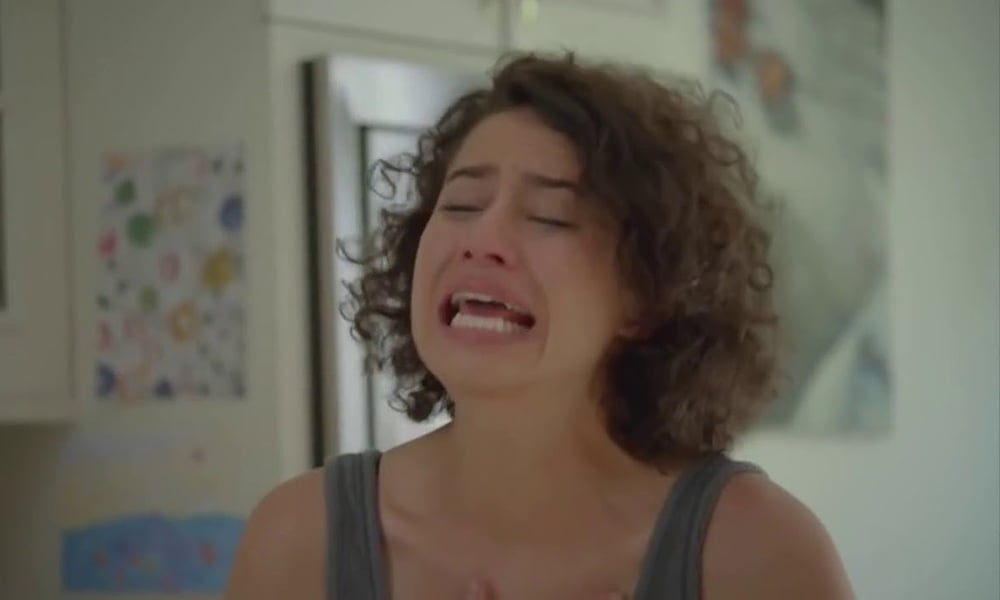 Yas Queen: What It Means & Where It Originated

Chances are you’ve heard (and used) the term “yas queen” before. It’s plastered all over the internet in tweets and memes, and it’s bound to come up at a fierce drag show or a fun kiki with friends.

But what does “yas queen” mean? Where did the phrase come from? And how did it become so popular in the last few years?

Related | Yeet Definition: What It Means & How To Use It

“Yas queen” is a versatile term that’s often used as an exaltation or an expression of excitement. It’s similar to other queer slang terms like “work” and “fierce” and has the same connotation as saying something’s “giving you life”.

When you say “yas queen”, you can either be affirming someone, building them up, or celebrating an achievement. In other words, it’s like an ultra-fabulous high five!
For example, if a drag queen busts out a shablam, you can cheer them on with a hearty “yas queen”. Or, if a friend walks in with a killer pair of boots they’ve been dying to get their hands on, you could congratulate them with a “yas queen!”

Online, people either write it as “yas queen” or “yas kween”. There isn’t much of a difference between the two spellings, so don’t worry too much about it.

Where Did “Yas Queen” Originate?

The origin of “yas queen” can be traced back to 1980s ball culture. In New York City, drag balls became a haven for young, queer people of color to express themselves and live their truths. At drag balls, attendees would strut their stuff and feel their fiercest fantasies for the adulation of their peers and a chance at a cash prize.

This underground subculture is where much of the queer slang we know today was cultivated. One of the first recorded utterances of the phrase “yas queen” can be heard in the 1990 documentary Paris is Burning, which gives an intimate glimpse into the phenomenon of ball culture in the 80s.

In the context of drag balls, “yas” was an exaltation, a cheer, a celebration of whatever the person on the runway was serving – confidence, fashion, face, power, fierceness. As discussed in a 2016 Reply All podcast episode, “‘Yas’ is there in the opening scene. This beautiful, golden drag queen struts out in front of an adoring crowd and they’re yelling it.”

“Queen”, on the other hand, is a reclaimed term, much like the word “queer”. Once used as a slur against effeminate men, “queen” is now used as a term of endearment or a way to revere someone deserving of praise and respect. Of course, it’s also used to describe someone who participates in drag culture, as in a “drag queen”.

Despite being around since the 80s, “yas queen” remained largely a queer expression up until the 2010s. What changed? RuPaul’s Drag Race came into the picture. As the show became more and more successful, evolving from a niche little reality show into a mainstream hit, drag culture and the slang associated with it became more popular as well.

Then, in 2013, a user named Johnny Versayce inadvertently created the first “yas queen” meme by uploading a video of themselves going gaga over Lady Gaga. Versayce’s “YAS GAGA SLAY MAMA” video went viral, and “yas” was stamped into the internet lexicon forever.

And then came Broad City, the web series-turned-Comedy-Central-sitcom that peppered “yas” and “yas queen” into virtually every episode. One viral clip from the series shows the lead Ilana teaching her best friend Abbi how to say “yas queen” over and over again.

Does Using The Term Count As Cultural Appropriation?

There isn’t a consensus on whether non-queer people using queer slang terms like “yas”, “work”, and “fierce” counts as cultural appropriation. This is especially true as queer culture becomes more integrated into the mainstream through TV shows, films, and the internet. Some believe that it’s okay to use these terms as long as you know (and show appreciation for) where they came from or why they were created in the first place.

That said, it’s important to remember that queer slang terms were created by and for the community. “It was kind of like code. We were speaking code. For no one else to understand us,” says dancer Jose Xtravaganza in the aforementioned Reply All episode. “For just us, you know? It was our code against society.”

The ballroom scene (and the culture that was cultivated in it) was a haven when it was created. LGBTQ+ BIPOCs faced immense racism, homophobia, transphobia, homelessness, poverty, and discrimination due to living with AIDS and HIV. It was a place where people could thrive and celebrate each other despite everything going on around them.

Make sure to remember that the next time you let out a “yas queen!”

Yas Queen: What It Means & Where It Originated