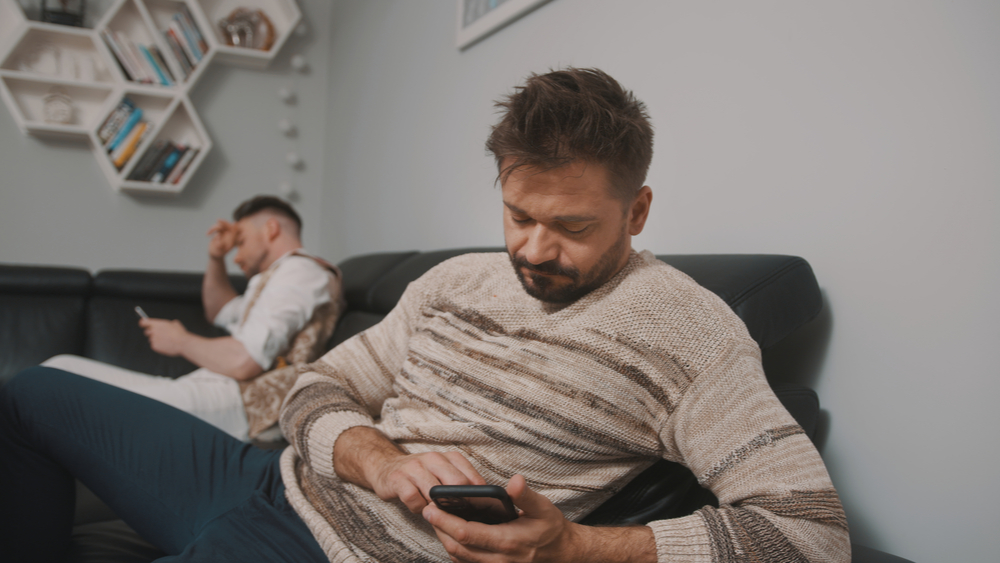 What To Do In A Sexless Relationship Or Sexless Marriage

How To Deal With Sexless Relationships And Sexless Marriages

Sex is how many people affirm their love for each other and reciprocate their partner’s feelings. That being said, when you’re in a relationship – and even more so in a marriage – maintaining an active sex life can be difficult for some couples.

RELATED | What Asexuality Can Teach Us About Sexual Relationships

What Is A Sexless Relationship?

Also called a “dead bedroom”, a sexless relationship is one where the couple engages in little to no sexual activity. While this often refers to penetrative sex, sexual intimacy can include any activity that gives your partner sexual pleasure, including foreplay, kissing, touching, and heavy petting. Moreover, sex can be done solo or between two mutually consenting people.

It’s difficult to define a dead bedroom because no two couples (or people) have the exact same level of sexual desire. Some experts say that a sexless marriage or relationship is where the couple has sex fewer than ten times a year. However, what matters most is not the number of times you have sex – if one or more partners are dissatisfied with the sexual frequency, it can still be considered a “dead bedroom”.
Sexless marriages are pretty common. A survey by Georgia State University found that about 15% of the surveyed married population did not have sex in the past six to twelve months.

Is There Something Wrong With A Sexless Relationship?

While being in a sexless marriage can be frustrating, it doesn’t mean that your relationship is fundamentally broken or wrong. Many people are perfectly happy in sexless relationships, such as asexuals or voluntary celibates. It only becomes a problem when one or more partners want more intimacy and yet are unable to achieve it.

What Factors Contribute To Sexless Relationships?

A lot of people take dead bedrooms personally, assuming that their partner no longer wants to have sex with them because of a lack of attraction or love. However, it’s much more complex than you think. Below are some factors that may impact sex drive and desire, leading to a sexless marriage:

If you’re in a chronically sexless partnership and you just can’t figure out why, it might be an underlying cause that is biological in nature. Below are some physical conditions or health issues that may affect how much you (want to) have sex:

Sex drive or libido is your enthusiasm for having sex, either by yourself or with your partner. While some people can get “diagnosed” with a low libido (hypolibido), it’s not a disease, nor is it inherently bad – it is only problematic if a low sex drive bothers you or your partner.

There are several reasons why you might have a low libido, such as fatigue, stress, and alcohol abuse. Age can play into it – while it may not be the major cause of a sexless relationship at 30, folks in their 40s, 50s, and 60s tend to have less sex. Moreover, many medications can also cause a low sex drive as a side effect.

Lastly, not all low sex drives are related to stress or aging. Different people naturally have different sex drives, even when they’re young and perfectly healthy.

Mental health conditions can also cause a sexless relationship. Depression and anxiety can inhibit your sex drive and may make it difficult to initiate intimacy with someone. After all, if you’re going through a lot of stress, fulfilling your partner’s sexual needs may not be your top priority. 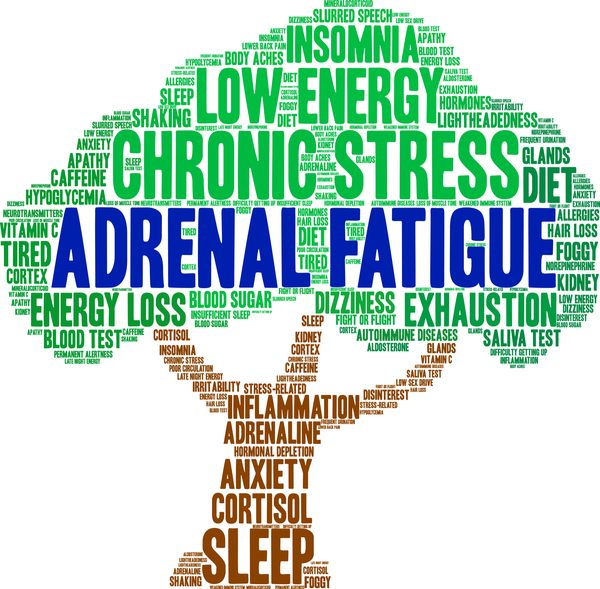 Even if couples want to have sex, medical conditions in one or both partners can still result in sexless marriages. These include sexually transmitted diseases (STD) like HIV or AIDS or sexual dysfunction like erectile dysfunction and vaginismus.
People with STDs are usually advised to abstain from sex to avoid passing on their illnesses to their partners. Aside from this, other physical conditions can make sex difficult.

For males, erectile dysfunction (ED) is the inability to get or maintain an erection for sex. While occasional instances of such aren’t really a cause for concern, frequent ED can make it difficult for them to indulge in their sexual needs.

Meanwhile, females with vaginismus – a condition where vaginal muscles squeeze or spasm upon penetration – might find sex too painful to indulge in it.

It’s also possible for medical conditions that appear later in life to lead to a sexless marriage. For men, there is a correlation between prostate cancer and a sexless marriage due to lower testosterone levels. Meanwhile, a reduced libido caused by hormonal imbalances often results in menopause and sexless marriage for women.

Having sex is a choice – it’s not a requirement in a relationship, despite what society or media want you to think. While there are scores of sexually active people in the world, there are also plenty who are not.

A case in point is asexual people who do not feel sexual attraction and may abstain from sex. Some people also practice celibacy or avoid having sex for other reasons, such as religious pledges. In fact, aces and celibates may be actively looking for a sexless relationship!

Previous experiences with sex can have an impact on your present sex life. Sexual abuse or unpleasant memories can bring up negative feelings that can get in the way of intimacy and physical connection. If this is the case, ask for professional medical advice or consult a sex therapist. 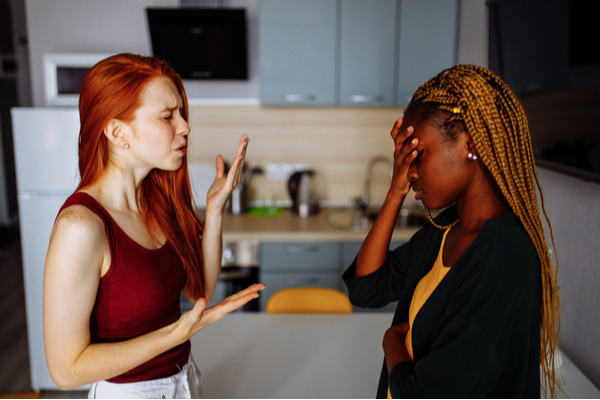 If sensual, physical intimacy was the norm for you and your partner, a sudden stop might signal deeper issues within the relationship.

A sexless relationship or marriage might indicate marital conflicts or relationship problems, such as lack of love and closeness, which may cause you to feel disconnected from each other. There may be feelings of neglect, loneliness, or resentment brewing in your relationship, which may manifest through the lack of sexual intimacy.

There are many cultures and religions that dictate that sex is a “sacred” act that can only be done within the confines of marriage. If you were raised on conservative values, you might find it difficult to explore and enjoy or desire sex without guilt or shame.

If you live with other people, such as roommates, parents, or kids, it may be hard for you or your partner to get in the mood for sex. Your living conditions can also have an impact – dirty rooms, uncomfortable beds, and unwashed linens can make someone less willing to engage in sex.

It’s very common to have a sexless marriage after a baby – there’s no need to panic about how to fix a sexless marriage in this case. New mothers need to take time to recover from giving birth and caring for a newborn or other children, and their husbands might be too tired or busy to engage in sex due to helping out with household duties. 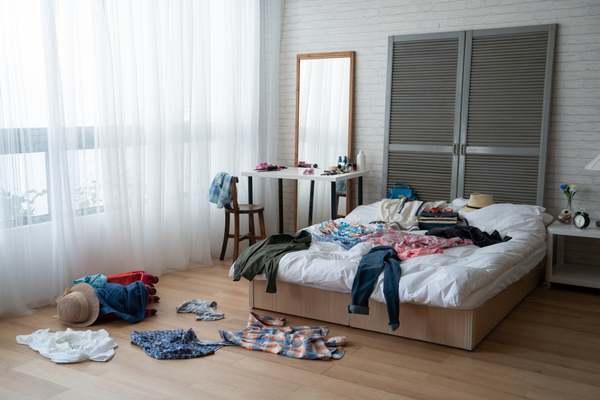 Can A Sexless Relationship Survive?

If you’re in a sexless relationship in your 20s, you might feel hopeless. The good news is that a sex-starved relationship can survive with time and effort from both parties. The most important thing to keep in mind is that a lack of sex doesn’t mean that you and your partner need to break up.

While there are so-called “dangers” of sexless marriage – divorce or temptation to cheat – sex is not the sole basis for a loving relationship. More sex does not mean more love, in the same way that less sex does not equate to less love. Plus, plenty of people (such as asexuals and celibates) do not have sex while retaining loving, long-term relationships.

However, if sex is important to you, you might want to rethink if you’re still compatible – more so if there’s no more affection between you. Learning how to survive a loveless, sexless marriage may just not be worth it. Sometimes, the best way to end a dry spell is to stop trying to get your sexual needs met by people who can’t give that to you.

What To Do In A Sexless Marriage

Are you thinking, “My sexless marriage is killing me”? Here’s how to spice up a sexless relationship!

Take Sex Off The Table

While this sounds counterintuitive if you already aren’t having sex, it’s actually a pretty effective way to build sexual tension. Humans are programmed to want things they can’t have, so by establishing a time-bound no-sex rule, you might be able to reverse psychology your way back into the bedroom.

Indulge In Non-Sexual Things To Do

Sex is not the only way to show intimacy with your spouse or partner, and you can do various things outside it to affirm your feelings to one another. Here are some non-sexual ways to spend time together:

Communicate With Your Partner

Loving relationships are built on constant attentive communication to each other, more so when something is as sensitive and private as sexual intimacy (or the lack thereof). If you want to know how to fix a sexless relationship, here are some tips:

Reintroduce Sex In Your Life

Looking to spice up a sexless relationship doesn’t mean you can force your partner to have sex with you when they don’t want to. Instead, this involves taking small steps to rebuild sexual intimacy. Here are some ways:

Remember, fixing a sexless marriage won’t be instant. You have to be patient and understand each other throughout the process. 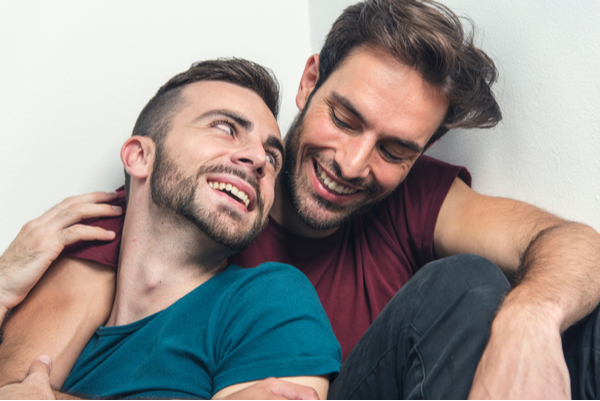 When To Walk Away From A Sexless Marriage

Everyone has different thresholds for when to walk away from a sexless relationship. For some, it may take years, while others call it quits after a few months. Whatever your timeline, you might want to rethink the relationship if the situation doesn’t improve after consistent effort and communication.

Sex doesn’t have to be a dealbreaker, but in many cases, it is. If sex is a big part of how you show and receive affection, then a no-to-low-sex marriage will feel unsatisfying. A lack of sex can also cause arguments and conflict that, when unaddressed, can erode the trust, security, and love in a relationship.

If you’re not content and happy in your relationship anymore and don’t see that changing any time soon, it might be better to walk away now. 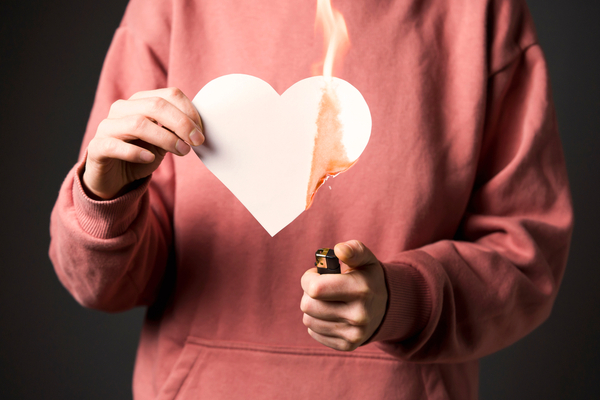 Despite the popular belief that romantic or married couples must have an active sex life, sex is not required in a loving relationship. Being in a sexless relationship or marriage is not necessarily something to be fixed – it all depends on the desires of the couple.

However, for many people, it is a potential dealbreaker. There are many reasons for being in a sexless marriage, ranging from physical health to cultural upbringing to personal preference – addressing any of these root causes can bring the spark back into your sex life.

If you have any more questions about relationships and sex, browse the rest of our blog!

What To Do In A Sexless Relationship Or Sexless Marriage