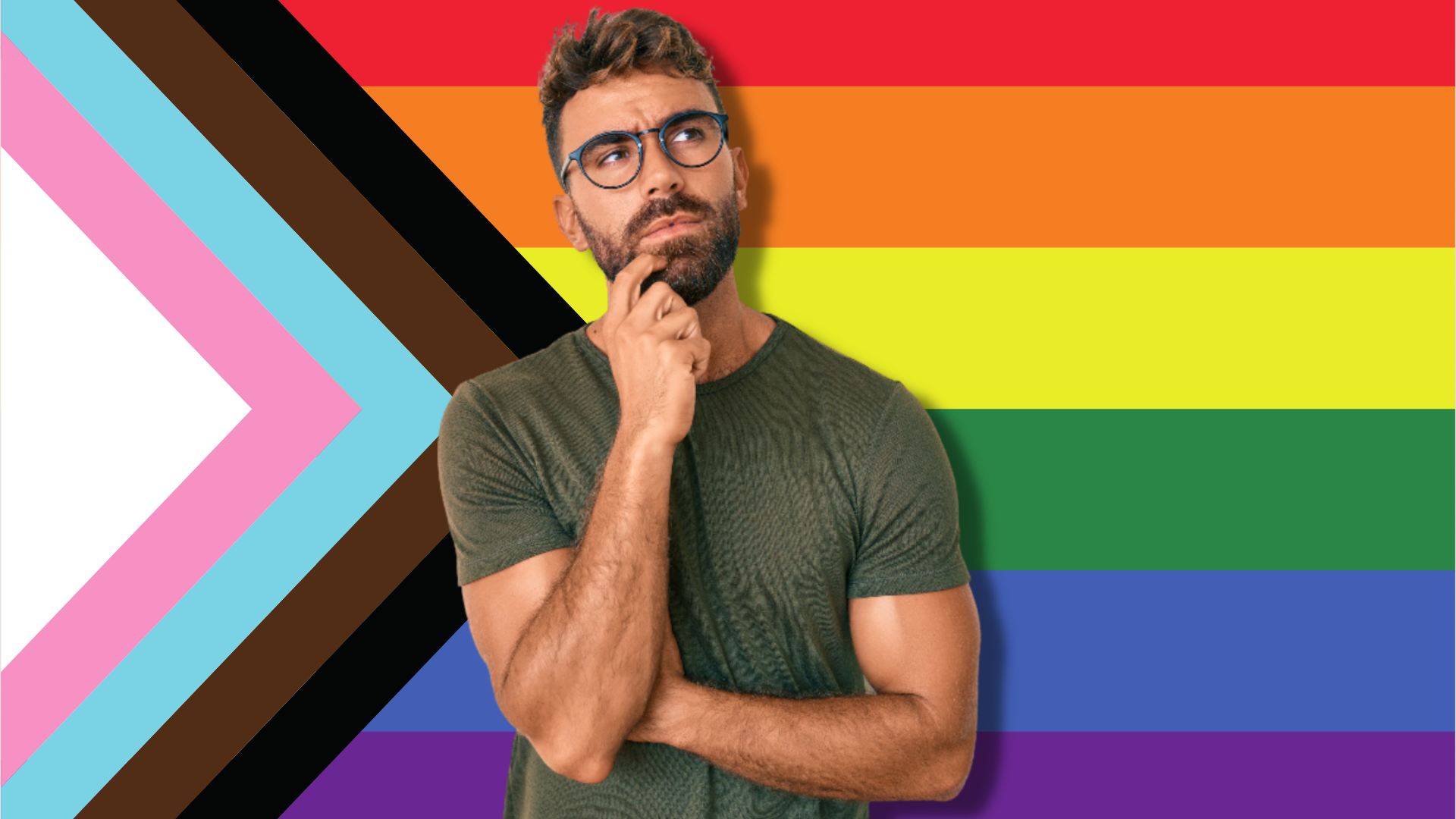 What Is the Questioning Flag?

What Is The Questioning Flag? Everything you need to know.

If you’re still figuring out your gender identity and sexuality, you may feel uncertain about your place in the LGBTQ community. Fortunately, you can put these worries to rest. The “Q” in the LGBTQ doesn’t only stand for “queer” – it also stands for “questioning”.

What Does The Term “Questioning” Mean?

LGBTQ organization PFLAG defines “questioning” as “[a] term used to describe those who are in a process of discovery and exploration about their sexual orientation, gender identity, gender expression, or a combination thereof.”

PFLAG notes that, within the LGBTQ community, the word has come to mean “anyone who hasn’t yet self-defined their sexual orientation, gender identity, gender expression, or some combination of the three. Simply put: they have a feeling they might be different but are still in a process of exploration.”

Some subsections of the “questioning” gender identity include the following:

The term “questioning” allows individuals still exploring their identity to feel included in the LGBTQ community and gain much-needed support and understanding. It does so without the pressure of having to immediately choose a label for themselves.

In the LGBTQ acronym, the term “questioning” is sometimes symbolized by the letter Q. However, Q has also historically (and more commonly) been used to stand for “queer” – a blanket term for anyone who falls under the LGBTQ umbrella. The Q can stand for both questioning and queer, but the acronym never uses more than one Q.

Currently, there is no universally recognized questioning flag for the LGBTQ community. Multiple versions of the questioning sexuality flag have been developed over time, and questioning individuals can pick whichever one they feel suits them best.

Here are some of the most well-known questioning flags:

In 2017, an artist named Roswell made a version of the questioning flag with the colors pink, blue, green, yellow, and gray. These colors were lifted from other pride flags and represent different levels of gender identity:

In August 2020, Roblox player SwocksOne designed of the most frequently used versions of the gender questioning flag. Swocks made the LGBTQ+ Hangout series and is the owner of Roblox’s biggest LGBTQ group.

In 2015, a Deviantart creator designed a well-known queer flag with the colors pink, blue, orange, green, black, and white.

Another popular version is a purple and lavender chevron flag made by Tumblr users. 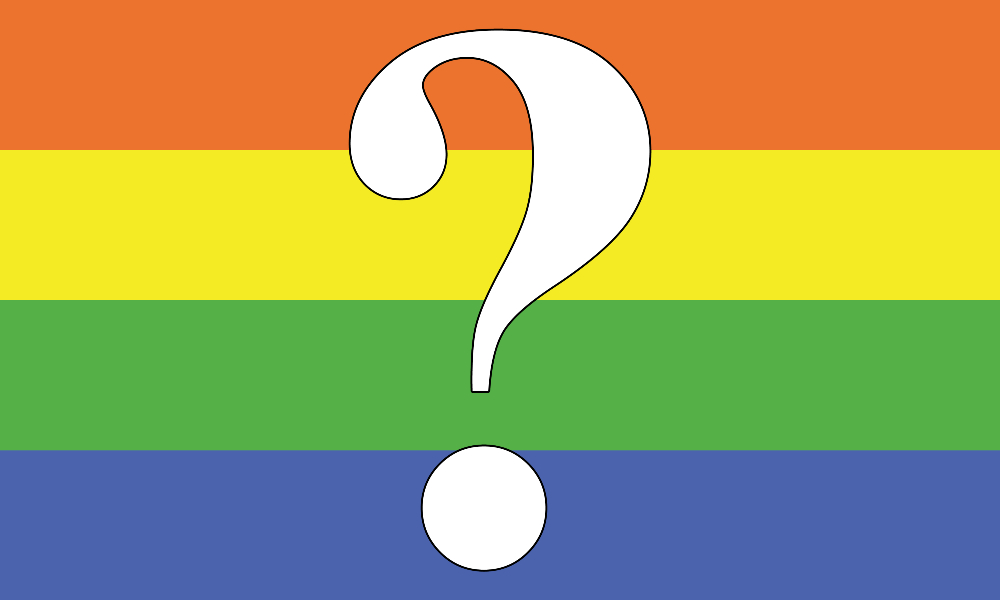 The questioning flag represents people who feel that they fall outside of the heterosexual and binary gender norms. It does not force them to put a label on themselves before they feel ready.

No matter the design, the questioning flag shows the importance of including questioning people in the LGBTQ community. Moreover, it increases their social visibility. After all, most people don’t “know” their gender or sexuality immediately. We all go through a process of questioning and self-discovery first.

Related | 22 Pride Flags You Should Know if You’re LGBTQ+

What Is the Questioning Flag?