All About The Bisexual Symbol: Meaning And Origins

Pride symbols and flags hold different meanings for different people. For some, they’re a way of communicating one’s identity and the pride they feel for their community. For others, they’re a tangible symbol of the progress made and the work that still needs to be done in the fight for equality. Here, we take a look at the bisexual pride symbol and what it means for the bi+ community.

If you look up “bi pride symbol” online, the most popular image you’ll find is an interwoven pair of male and female symbols that form an infinity sign. It usually has a ring in the center that goes through the symbols, as well as the colors pink, purple, and blue at the back – the same colors found on the bi flag. 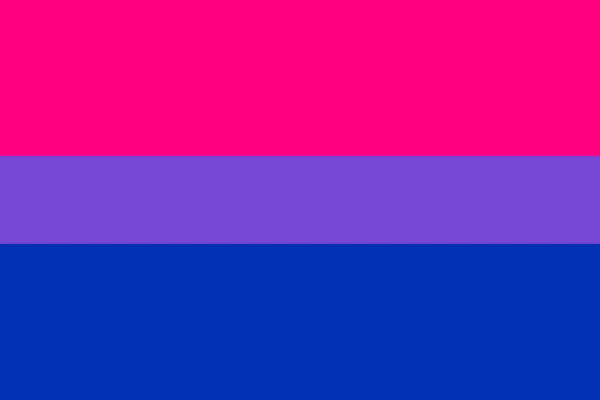 The bisexual flag was created in 1998 by Michael Page. The designer was volunteering for the non-profit BiNet USA when he realized that “there were no suitable bisexual icons that were colorful or prominent enough to gain instant and long-lasting recognition as a flag.” Though there was an existing symbol – the bi angles symbol designed by artist Liz Nania – it hadn’t quite caught on as well as the LGBTQ rainbow flag.

Page wanted something that could help bi people become more visible “at home, pride events, and political rallies” so he took the colors and overlap pattern found in the bi angles symbol and designed a flag. Pink and blue both take up 40% of the space, while purple takes up 20% in the middle.

Here’s what each color represents, according to Page:

It should be noted that when Page wrote the symbolism for the colors in 2001, he was using an outdated definition of bisexuality. Today, bisexuality is defined as an attraction to people of the same and different genders – not an attraction to both men and women.

Still, the colors of the flag hold up if we were to interpret them like so:

Since combining pink and blue gives you purple, the purple stripe holds a significant meaning – that bisexuals don’t have to choose between one gender or another. Being attracted to more than one gender is part and parcel of the bisexual identity. 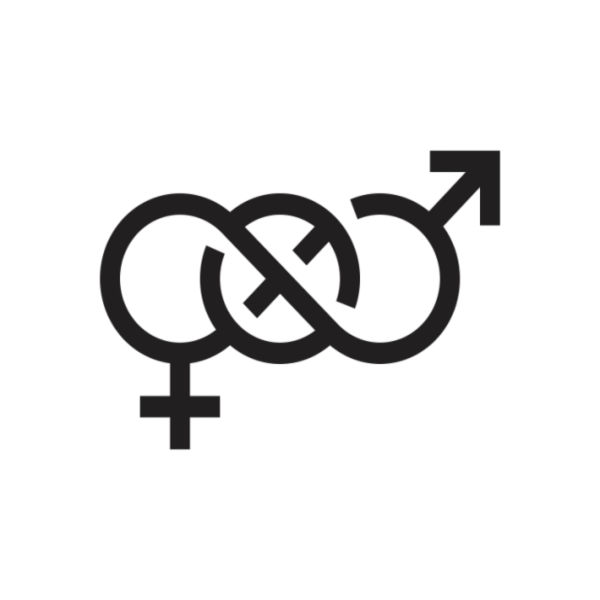 The interwoven symbols of the bi pride symbol consist of the male ♂symbol, the female ♀ symbol, an infinity symbol ∞, and a ring in the center.

It’s difficult to trace the origins of this specific symbol to one particular person. But we do know that it evolved from earlier symbols that signified:

These symbols are actually planetary symbols used by the Ancient Greeks to identify the planets Venus (♀) and Mars (♂), which were said to be governed by the gods Aphrodite and Ares, respectively. The former (the goddess of love, sexuality, and fertility) was commonly associated with femininity. The latter (the god of war, battle-lust, and courage) was associated with masculinity.

There isn’t much information out there on why the symbols interweave to form an infinity sign or why there’s a circle in the middle. Some theories suggest that this was done to signify the “completeness” of bisexual people. Oftentimes, bisexual people are doubted for their seeming “inability” to choose a “side”. The infinity symbol and circle can perhaps be there to communicate the fact that bisexual people don’t need to – or can’t, for that matter – choose, much in the same way that gay and lesbian people can’t change who they’re attracted to. 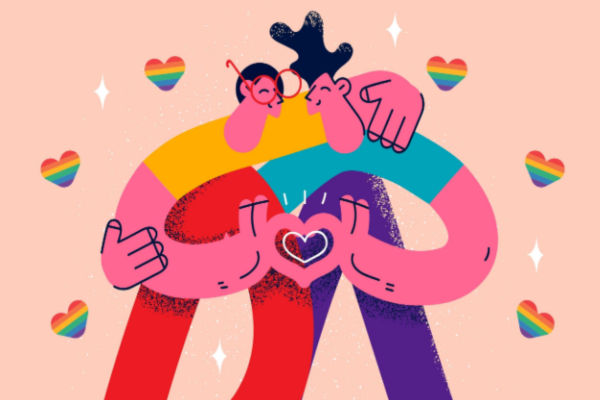 Before the bi flag and the interwoven bi pride symbols became the most popular signifiers of bi pride, the bi community had the following symbols:

Designed in 1987 by Liz Nania, the bi angles symbol consists of overlapping pink and blue triangles. At the point of overlap, the pink and blue colors form a smaller purple triangle in the middle.

The use of triangles is a callback to the persecution and imprisonment of gay men in Nazi Germany. At the time, prisoners in concentration camps were classified with color-coded symbols. Jews were assigned yellow stars, criminals were identified with green inverted triangles, and gay men were assigned pink triangles. 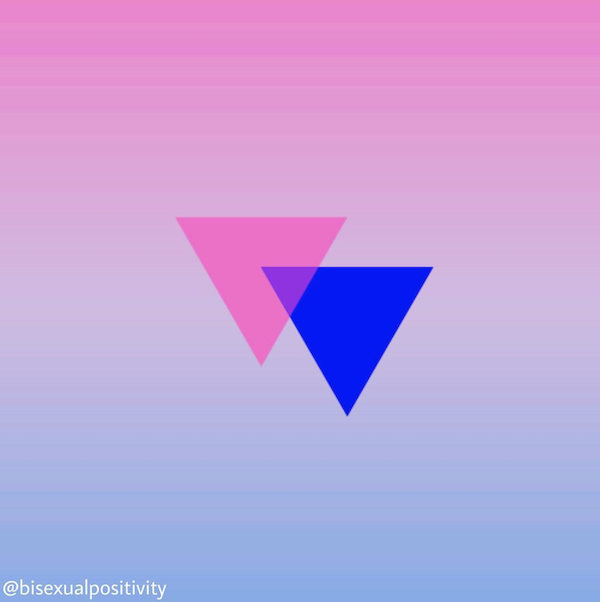 Vivian Wagner designed the bisexual double moon symbol in 1998 as a substitute for the bi angles symbol. The pink triangle symbol was a controversial symbol for some LGBTQ people. They didn’t want to be represented by a symbol associated with violence and persecution. As a result, Wagner offered up an alternative using double moons instead.

Though not as popular in the US, the bisexual double moon is said to be a popular symbol for the bi community in Germany. 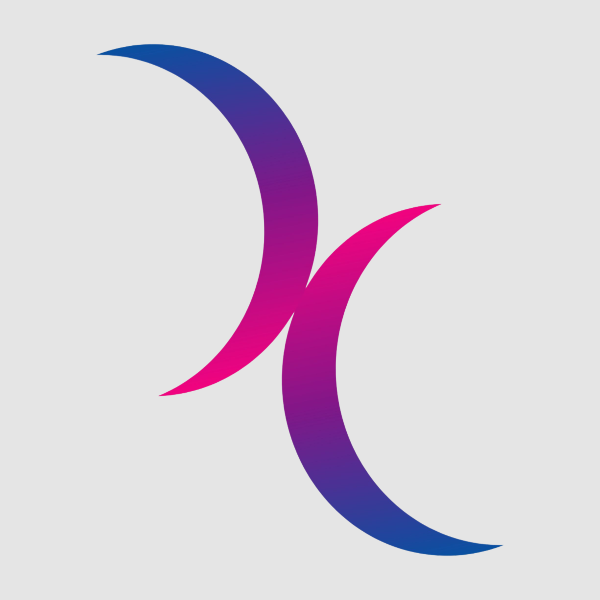 All About The Bisexual Symbol: Meaning And Origins