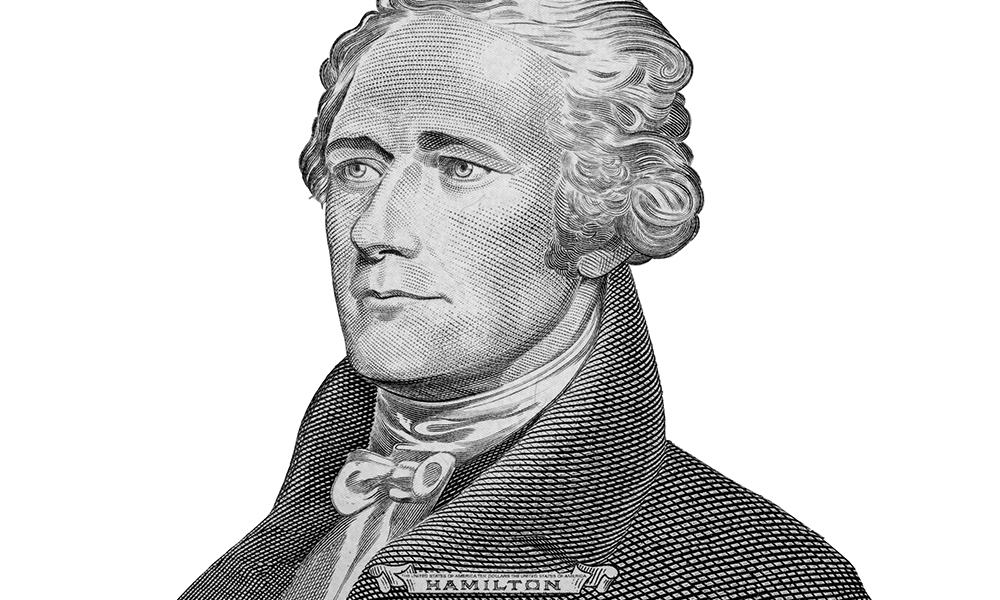 The Truth About Alexander Hamilton: Gay Or Bi?

Founding father Alexander Hamilton is remembered today as one of America’s greatest early statesmen and a revolutionary war hero. His colorful life was recently the subject of the award-winning musical Hamilton, written by Lin-Manuel Miranda. Hamilton’s affair with Maria Reynolds was pivotal in the story, but one special relationship was omitted from this production: his extremely close friendship with another man.

Who Is Alexander Hamilton?

Alexander Hamilton was a Founding Father of the United States and an American revolutionary. He is best known for helping draft the United States Constitution and serving as America’s first Secretary of the Treasury. His significant achievements include founding America’s national financing system, the New York Post, and the U.S. Coast Guard.

He is also infamously remembered as the first American politician to be embroiled in a political sex scandal. Despite the public humiliation of the Reynolds Affair, Hamilton was able to remain active in American politics. In 1804, Hamilton even helped Morgan Lewis defeat the American Vice President, Aaron Burr, in New York’s gubernatorial election.

Soon after, the Albany Register published letters that claimed Hamilton had bad-mouthed Burr several times. Burr took this as an attack on his honor and challenged Hamilton to a duel. The shot was fatal, ending the life of one of America’s most colorful and charismatic statesmen.

“A toast to the groom! To the bride!” On this day in 1780, Elizabeth Schuyler married Alexander Hamilton. #Helpless pic.twitter.com/dOZVVRgfxd

Hamilton Was Married And Had A Prominent Affair

Alexander Hamilton was known even during his lifetime for his love of women. He married Elizabeth Schuyler, a socialite from one of New York’s most prominent families. The couple had eight children; after his death, Elizabeth Schuyler remained as devoted as ever and worked to organize his writings. She also had his biography published despite numerous challenges.

Shockingly, she was allegedly not the first Schuyler that Hamilton had been romantically involved with. He was rumored to have had an affair with her older sister Angelica before his marriage, and their correspondence was said to have been flirtatious for the times. While modern historians have dismissed it as little more than gossip, this potential relationship was still depicted as truth in the musical Hamilton.

Alexander Hamilton later found himself in hot water when an old affair was exposed. In 1791, he became involved with a married woman named Maria Reynolds. Her husband James Reynolds knew about the affair and used it to blackmail Hamilton for money.

Six years later, Democratic congressman James Monroe confronted Hamilton, mistakenly assuming that the payments he made to Reynolds were due to treasury misconduct. Hamilton revealed the blackmail letters and wrote the Reynolds Pamphlet to clear himself of corruption charges.

The pamphlet was his attempt to exonerate himself, but he also used it to give multiple justifications for his infidelity. In one intriguing section, he claims Maria Reynolds was too difficult to resist because “the variety of shapes her body could assume were endless.”

Lord, show me how to say no to this…@courtneymaeb as Maria Reynolds and @JamWestman as Alexander Hamilton. Photo by: @MurphyMade.https://t.co/tnMWYLtTuw pic.twitter.com/tsCjc7cEpz

Scholars have pointed to his close friendship with John Laurens and speculated that they may have been in a homosexual relationship. Laurens was a member of George Washington’s staff and served as a lieutenant colonel in the revolutionary army. During the American Revolutionary War, Laurens and Hamilton became fast friends and maintained their friendship through years of correspondence.

A letter he wrote to Laurens in April 1779 hints at the warmth of their feelings. Hamilton wrote, “Cold in my professions, warm in my friendships, I wish, my Dear Laurens, it might be in my power, by action rather than words to convince you that I love you.”

Even after he married Elizabeth Schuyler, Hamilton’s emotionally charged correspondence to Laurens continued. He wrote to him in September 1779, “In spite of Schuyler’s black eyes, I have still a part for the public and another for you. So your impatience to have me married is misplaced; a strange cure, by the way, as if after matrimony I was to be less devoted than I am now.”

Critics have said that this was merely the typical, flowery language that was commonly used at the time, and their relationship was purely platonic. However, one can’t help but wonder, especially since several of Hamilton’s children allegedly tried to hide parts of their letters.

It’s hard to say for sure if Alexander Hamilton was bisexual, gay, or straight. Because homosexuality was harshly punished in those days, Hamilton might have concealed the truth about his feelings for Laurens.

However, it has to be noted that he stayed married to Elizabeth Schuyler and was known as a ladies’ man during his lifetime. While his letters may continue to intrigue historians with possibilities, all we can do with this limited evidence is speculate!

RELATED: The Myth Of The Ancient Greek ‘Gay Utopia’

The Truth About Alexander Hamilton: Gay Or Bi?