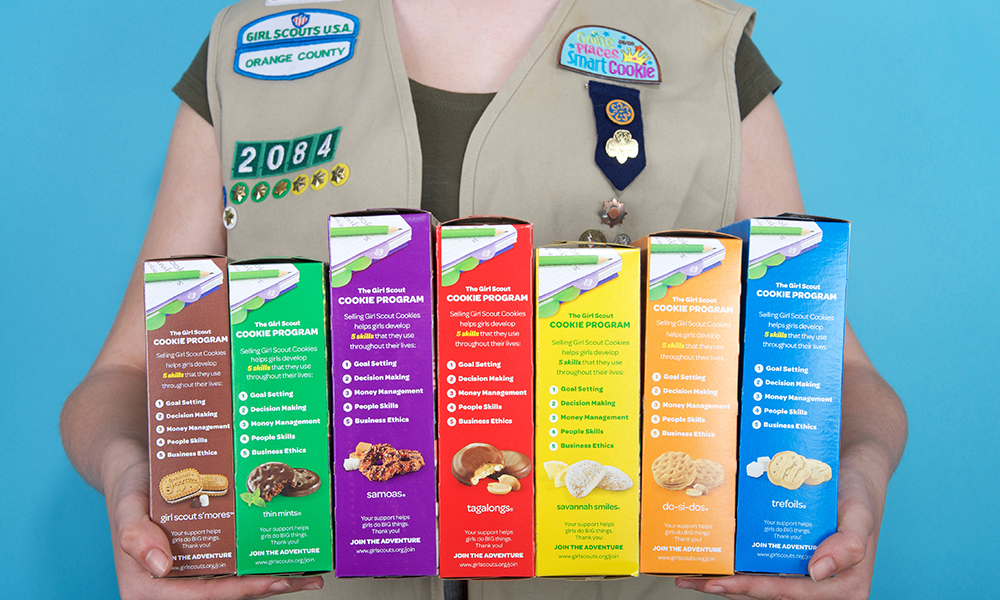 Three trans and non-binary Girl Scouts are celebrating after meeting their cookie goals!

It all started when a Twitter user named @ErinInTheMorn shared that they got the idea to purchase and promote cookies from trans/non-binary girl scouts last year.

So, trans kids are under attack. Last year I got the idea to purchase and promote girl scout cookies from trans/non-binary girl scouts.

This year, I have two! Zero and Madilyn. I will post links separately. If you have a trans scout, feel free to post here as well!

Related | How This Trans Girl Kicked Transphobia in the Face

Erin said this year, they found two scouts to support, Zero and Madilyn. Both Zero and Madilyn surpassed their goals shortly after posting, so Erin added another non-binary south named Mos to the list. When Mos was added to the tread, they needed about 190 boxes to go, but you guessed it, their goal is now reached too!

Yay! We got Mos goal reached! That’s 3 trans/non-binary girls counts who we sold enough cookies to meet their goals. Y’all are all amazing.

Leaving this thread up, hopefully we will find more trans Girl Scouts to purchase from!

“Our position is not new,” Andrea Bastiani Archibald, the Girl Scouts USA’s chief girl expert, told CNN at the time. “It conforms with our continuous commitment to inclusivity.”

In 2011, the Girl Scouts released their guidance for Trans youth on their Frequently Asked Questions page. “Placement of transgender youth is handled on a case-by-case basis, with the welfare and best interests of the child and the members of the troop/group in question a top priority,” the page reads. “That said, if the child is recognized by the family and school/community as a girl and lives culturally as a girl, then Girl Scouts is an organization that can serve her in a setting that is both emotionally and physically safe.”

While trans youth are supported at a national level, this doesn’t mean all of the thousands of troops nationwide. But some do. In 2015, the Girl Scouts of Western Washington received a $100,000 donation. However, the anonymous donor wrote in a letter saying, “Please guarantee that our gift will not be used to support transgender girls. If you can’t, please return the money.”

So they returned the money.

“We’re an organization dedicated to helping all girls become the best version of themselves, and we don’t want any barriers in place for their success,” Stefanie Ellis, public relations director of the Western Washington Girl Scouts Council told the Los Angeles Times.

The council’s online marketing manager launched a crowd-funding campaign to try and recoup some of the money. Just days later, the #ForEVERYGirl campaign brought in $300,000 dollars!

Girl Scout cookie season runs from now until about April, but exact dates vary based on location!