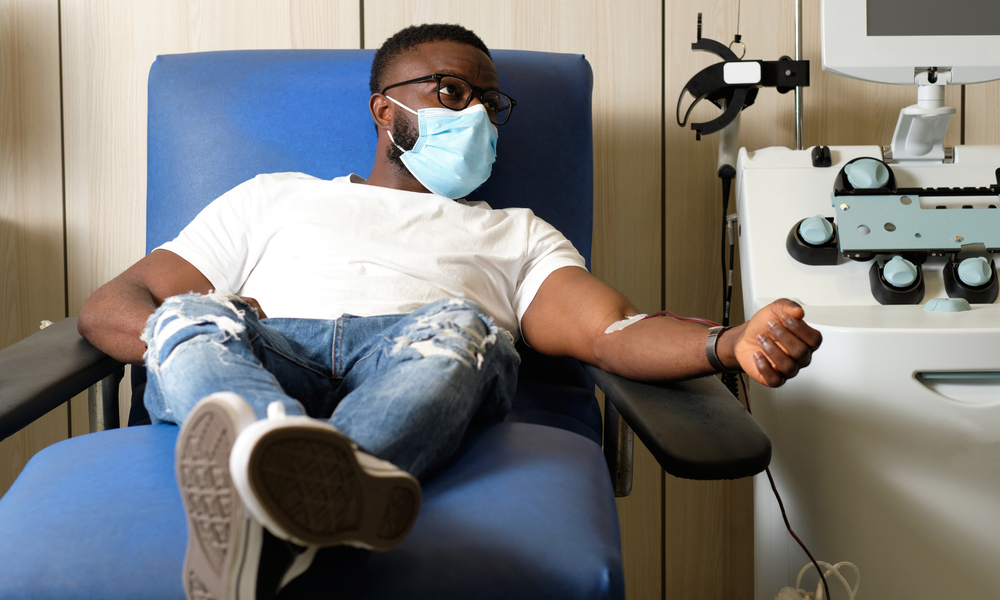 Could the FDA Lift Its Blood Restriction on Gay and Bi Men?

The blood shortage in the U.S. is reaching a dire level. Many are putting pressure on the FDA to allow gay and bisexual men to donate blood.

Last week, 22 U.S. senators sent a letter to the Food and Drug Administration asking it to get rid of the “discriminatory” policy that requires gay and bisexual men to abstain from sex for three months before they can donate blood.

“We must adopt evidence-based policies focused on assessment of an individual’s risk, not inaccurate and antiquated stereotypes,” the senators said in the letter.

“Given advances in blood screening and safety technology, a time-based policy for gay and bisexual men is not scientifically sound, continues to effectively exclude an entire group of people, and does not meet the urgent demands of the moment,” the letter reads. “And further, with increased uptake of Pre-Exposure Prophylaxis (PrEP), which significantly reduces the likelihood that an HIV-negative individual will acquire HIV, many more gay and bisexual men are aware of their HIV status and are taking steps to eliminate their personal risk.”

The Human Rights Campaign echoed the senator’s calls this week. They said the FDA’s current policy is “outdated,” they said. “[It] does not reflect the state of the science, and continues to unfairly stigmatize one segment of society.”

The pressure come as the American Red Cross announced last week the U.S. is experiencing a national blood crisis for the first time. The Red Cross said the nation’s blood reserve has less than a one-day supply. Strikingly less than their normal five-day supply.

The FDA first banned gay and bisexual men from donating blood in 1983 during the HIV/AIDS epidemic. That ban stayed in place until 2015 when the FDA changed its policy. At this time the FDA said they could contribute as long as they hadn’t had sex in the last year. The FDA shortened the timeline to three months in April 2020 during the first wave of the coronavirus pandemic.

The Centers for Disease Control and Prevention says all donated blood is screened for several infectious diseases like HIV. This is before it ever reaches a patient in need. According to the American Red Cross, a patient has a one in one-point-five million risk of receiving HIV-positive blood.

Gay Blood Will Save Lives

Lifting the ban could “increase the total annual blood supply by 2%-4%,” according to a 2014 study from UCLA’s Williams Institute. That’s upwards of 615,300 pints of blood. One pint of blood can save up to three lives. This means over 1.8 million lives could be saved if the FDA completely eradicates the limitations.

Could the FDA Lift Its Blood Restriction on Gay and Bi Men?