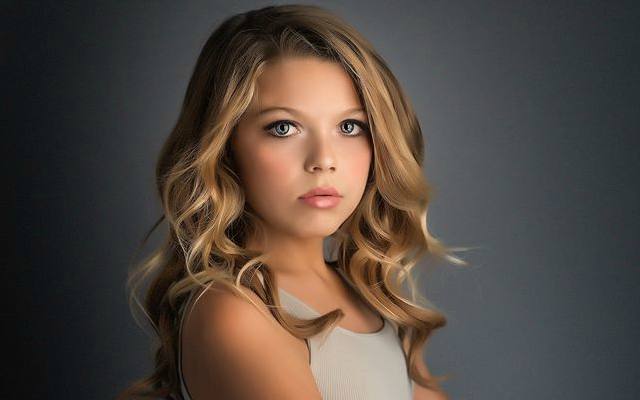 Photographer Meg Bitton is causing a stir on Facebook, due to posting a picture of her young transgender client, Corey Maison.

In response to North Carolina’s anti-trans legislation, which forces transgender people to use bathrooms that reflects the gender of their birth, Bitton posted a beautiful picture that has been shared by nearly 33,000 people, so far.

Attached to the photo, Bitton writes: “If this was YOUR daughter, would you be comfortable sending her into a men’s bathroom? Neither would I. Be fair. Be kind. Be empathetic. Treat others how you would like to be treated.”

Since the original posting, Bitton has updated the description several times:

Third Post: “For those STILL not able to understand: If this was YOUR daughter, would you be comfortable sending her into a men’s bathroom? Neither would I. Corey Maison is transgender. She was born with male anatomy but identifies as a female. Under the new laws, SHE would be forced to use the men’s room. Therefore, I would not be comfortable sending HER into the men’s room if she was my daughter. Be fair. Be kind. Be empathetic. Treat others how you would like to be treated.”

Fourth Post: “Corey helped with her make up AND I edited the image FOR her, the way SHE would like it. Not for me and certainly not for any of you.”

Fifth Post: “It is impossible to moderate this post, try as we may. I want to delete it as badly as I don’t want to delete it. I decided to let Corey’s mother make that call and she asked for it to stay to raise awareness so it will. PLEASE BE ASSURED that I do not in anyway support the trolling insanity I am seeing here and I VERY MUCH appreciate all the positivity around Corey as does she AND her family.”

In reaction to some of the negative posts people have written on Facebook, Britton told Mashable, “I never like to read anything on my page that’s so negative toward another human. I don’t like really to host that.”

But as for the positive comments, the photographer says, “I appreciate and I think that the family appreciates all of the positivity and the support surrounding it, and everybody just sort of tries to block out the negative the best they can.”