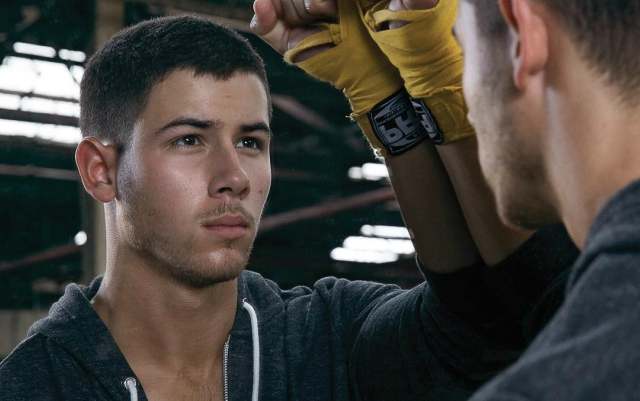 Nick Jonas loves to party at the gay clubs just as much as we do. So it’s clear he loves his gay fans, and he’s making no qualms about it in a new Q&A with Queerty, where the singer addresses claims he’s a “gay cock tease.”

“I”ve been pretty clear with my heart and my nature of just wanting to be as supportive of my gay fans as they’ve been with me,” he said. “So there’s definitely not any cock teasing going on. [Laughs] If anything I hope I can be a real ally for the LGBT community and I’m thrilled to be in a spot where I feel like there’s a lot of mutual love and respect.”

Jonas is true to his word, especially when it comes to respect. He and Demi Lovato recently made a decision to cancel 2 concert dates in North Carolina in response to HB 2, an extreme anti-trans policy that forces people to use the bathroom in accordance to the gender assigned at birth.

“[Demi and I] took into consideration the fact that this would be very disappointing for our fans that were looking forward to the show,” he said. “But sometimes you have to make these tough choices in order to hopefully see a change. We can only kind of humble ourselves and try to do our part, but hopefully we’ll see some good out of this very unfortunate situation.”

In 2014, Jonas and Lovato also made surprise appearances at gay clubs around New York to celebrate the release of their albums. Turns out, he’s not opposed to venturing out to the gayborhoods again.

Some of his gay fans took some pretty steamy photos of him with his shirt off, dancing with equally as sexy dudes — but calm down. He already said he wasn’t a “tease,” just another straight guy dancing on table tops … mmhmm.

“It’s always a good time going and hanging out at the gay clubs. When Demi and I went in New York we had a lot of fun, so it could happen.” Oh dear God, let it happen!