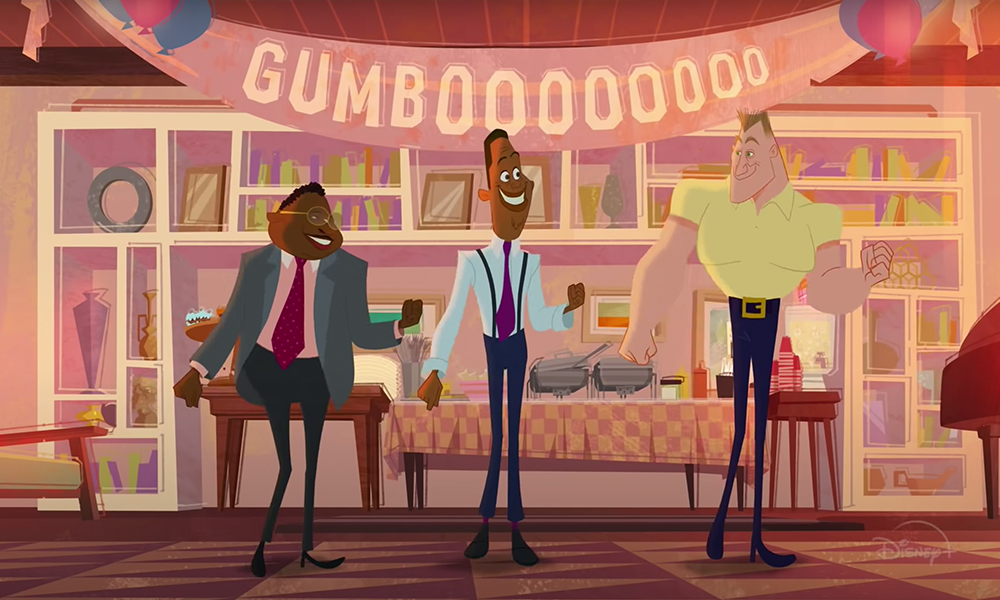 Fans are getting another look at The Proud Family: Louder and Prouder, which features queer characters!

Since the Proud Family reboot was announced, fans have been eagerly waiting to see the new characters, including a pair of gay dads who Billy Porter and Zachary Quinto voice. But the wait is over!

In the latest trailer, Randall Leibovitz-Jenkins(Porter) meets Oscar Proud at a bank and tells him, “we brothers stick together.” He then introduces Oscar to his husband Barry(Quinto.) Later in the trailer, Randall tells Oscar he “should try looking at the world through Penny’s eyes.”

Zachary Quinto and Billy Porter have been cast in ‘THE PROUD FAMILY: LOUDER AND PROUDER’ for Disney+

By the looks of it, these gay dads will family some new perspectives to the Proud family. The show features some star-studded talent including Keke Palmer, EJ Johnson, Lena Waithe, Lil Nas X, Lizzo, Jane Lynch, and many others. In addition to The Leibovitz-Jenkins family, we also know Johnson’s character is queer, too.

The Proud Family: Louder and Prouder hits Disney+ next month on February 23rd!