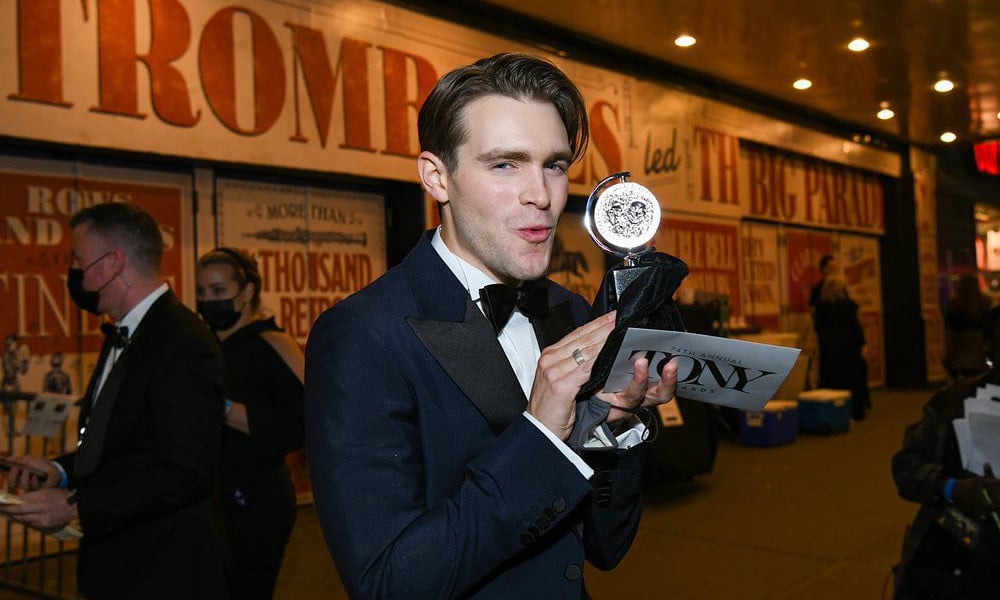 Disney’s live-action Snow White and the Seven Dwarfs has found its male lead, and he’s queer!

The Hollywood Reporter claims 30-year-old actor Andrew Burnap will be Snow White’s lead, but he won’t be Prince Florian. He will play a new role, reportedly created by Disney for the live-action.

Who is Andrew Burnap?

Burnap has had quite a career before this Snow White casting. He is best known for his role as Toby Darling in The Inheritance by gay playwright Matthew Lopez. The critically-acclaimed Broadway drama takes place in New York after the AIDS Epidemic. He took home a Tony for his role as Toby Barling, a gay millennial writer. He credits the role for helping him come to terms with his sexual fluidity.

“On a serious note, it’s opened me up to my rather fluid sexuality,” Burnap told Glamour UK in 2020. “I think it’s really given me permission to understand a side of myself that I haven’t given voice to or stepped fully into in my life before this play, which is a really beautiful thing.”

“I very much, before this play, identified as a straight man,” he explained. “I think I’ve benefited from the privilege of being assumed as straight my entire life, but I don’t identify that way. It’s been interesting to have people assume that I am that, and that’s been difficult for me because I am in a place in my life where I feel like I’m in a space of expansion and stepping into the full version of myself, and certainly through my own sexuality.

Who Else Is in Snow White?

In the upcoming Snow White film, Burnap will act alongside West Side Story’s Rachel Zegler, who plays the titular role, and Wonder Woman’s Gal Gadot and Evil Queen to bring the fairytale to life.

There’s no word on when the film comes out, but we expect them to start in the spring! We can’t wait!