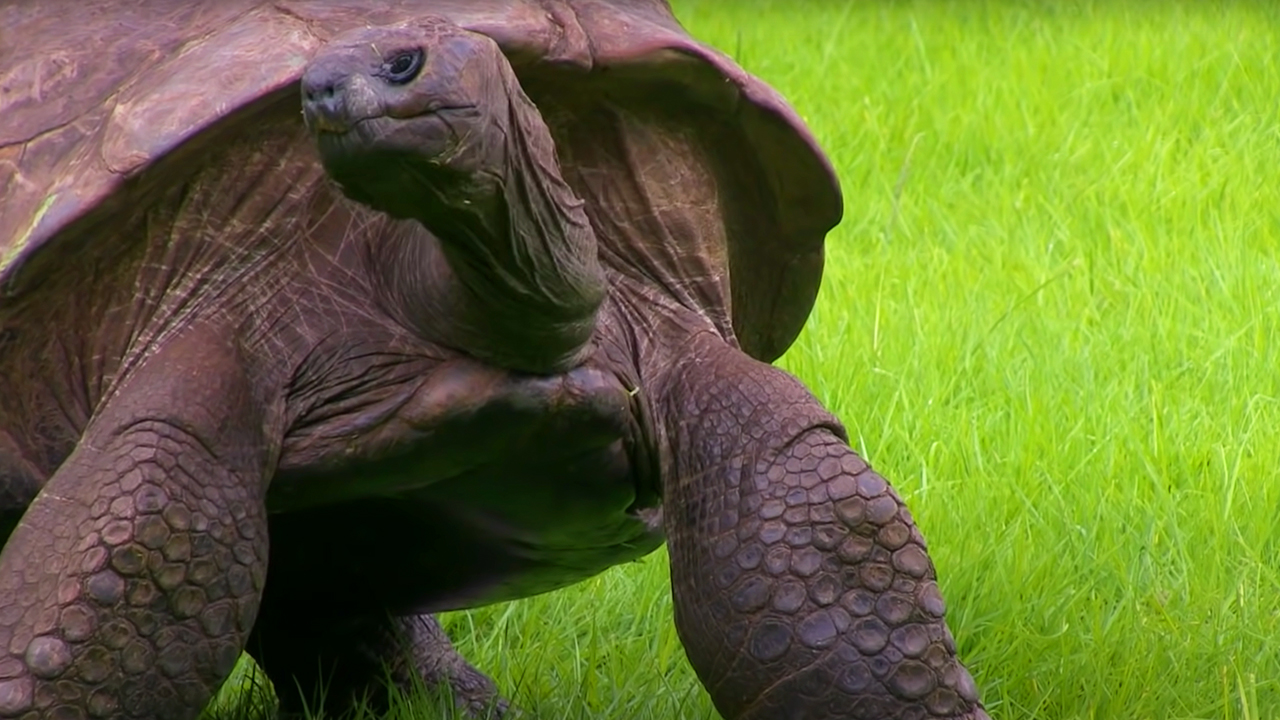 The World’s Oldest Tortoise Is Queer

The world’s oldest tortoise is named Johnathan and he’s queer!

Guinness World Records says the world’s oldest tortoise, Jonathan is believed to be at least 190 years old because he was at least 50 when he arrived on St. Helena, a British overseas territory in the Atlantic Ocean in 1882.

A Young Tortoise at Heart

Veterinarian Joe Hollins told Guinness World Records that Jonathan is blind and has lost his smell. However, Hollins says, “his main interests are sleeping, eating and mating.” Hollins also says Jonathan likes to get intimate with the female and male tortoises he lives with.

“In spite of his age, Jonathan still has good libido,” says Hollins. In fact, he frequently mates with Emma and sometimes Fred. “Animals are often not particularly gender-sensitive,” Hollins said.

It goes without saying that animals can’t possibly identify with the labels that we humans do. However, don’t let anyone tell you that same-sex attraction isn’t “natural.” I can’t think of anything more natural than a 190-year-old tortoise.

This Guinness World record is not Jonathan’s first either. He also holds the record for the oldest living land animal. It looks like Jonathan the tortoise’s long life has been a good one. “His hearing though is excellent,” Hollands noted. “He loves the company of humans and responds well to his vet Joe Hollins’ voice,” he continued. Possibly because he reminds him of food.

The St Helena Government said, “the Veterinary Section is still feeding him by hand once a week to boost his calories, vitamins, minerals and trace elements.” This tortoise king should get whatever he wants.

The World’s Oldest Tortoise Is Queer