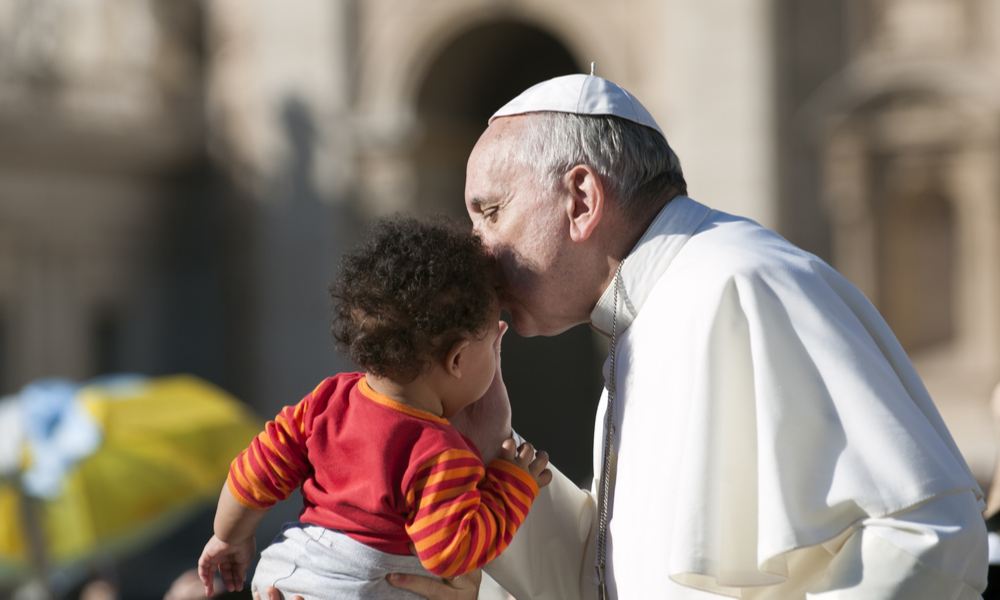 The Pope has a message to parents of LGBTQ+ children: “never condemn” them.

Pope Francis’ latest gesture of outreach to the LGBTQ+ community happened during his weekly Wednesday general audience while he talked about St. Joseph, the father of Jesus. He said he was thinking about the parents wh0 are dealing with complex and sad situations with their children, such as parents whose children are sick, imprisoned, or killed in car accidents. However, he added, “Parents who see that their children have different sexual orientations, how they manage that and accompany their children and not hide behind a condemning attitude.”

“Never condemn a child,” he said.

The catholic church specifically calls for LGBTQ+ community members to be loved and respected but considers homosexual activity “intrinsically disordered.”

Related | Pope Francis Tells Gay Man: ‘God Made You Like That’

Pope Francis has tried to make the church more welcoming to the LGBTQ+ community. In 2013, he famously insisted he would not judge gay priests, saying, “If someone is gay, and he searches for the Lord and has goodwill, who am I to judge?”

Francis has also endorsed civil unions and reminded followers of Christ that gay and transgender people are children of God.

“Homosexual people have the right to be in a family. They are children of God,” he said in the 2020 documentary “Francesco.”
“You can’t kick someone out of a family, nor make their life miserable for this. What we have to have is a civil union law; that way they are legally covered.”

While he has made strides towards inclusivity, last year, he said priests for the Catholic Church cannot bless same-sex unions because God “cannot bless sin.”