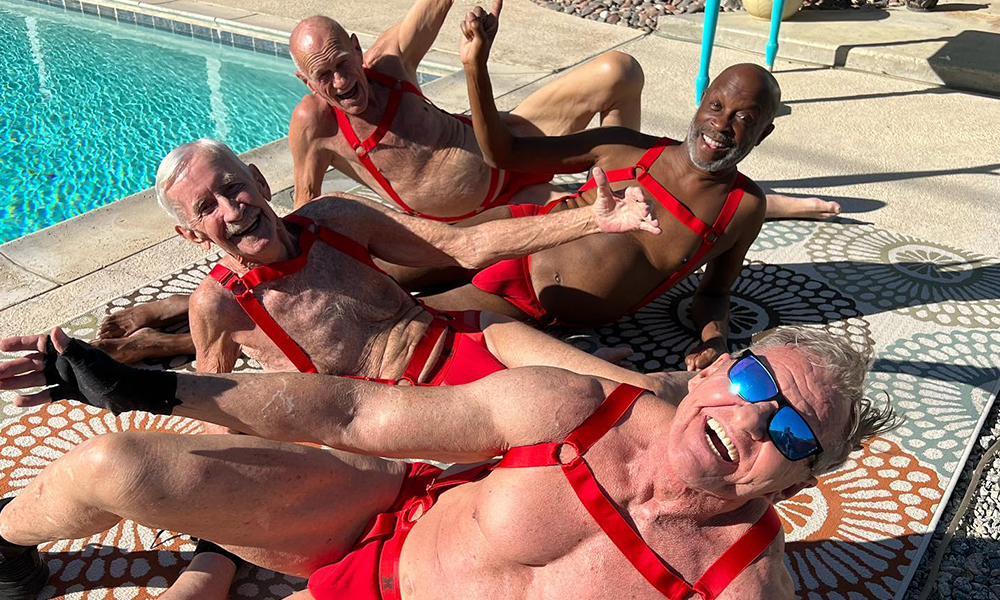 The Old Gays are blessing our eyes once again!

The fabulous group of wise gay elders decided to show off a little more than usual. During their “Valentine’s Gays” post, the men stripped down and showed off their red Savage X Fenty underwear and harnesses poolside.

This is not the only time the four members, Robert Reeves, Jesse L. Martin, Mick Peterson, and Bill Lyons, shared sexy photos in their lingerie. Just the other day, they wore revealing black outfits and dropped it like it’s hot in the middle of the street and poolside.

In another video, they bared it all in a video wearing nothing but tight red briefs. It gets better… Rod Stewart’s “Do Ya Think I’m Sexy” plays in the back as they sway their hips.

Of course, Savage X Fenty had to get in on the fun. After all, how could the brand not when the old gays made their products look that good?! Savage X Fenty shared a behind-the-scenes video from the men’s photoshoot by the pool. In it, they’re asked what sexy means to them.

A post shared by SAVAGE X FENTY BY RIHANNA (@savagexfenty)

“Sexy to me is a guy in a speedo,” Lyons says. Meanwhile, Martin chimes in “Sexy to me is mmmmmmmmm.”
“There’s two different ways you can look at sexy. One is how you feel, the other is what you’re looking at,” a Reeves adds. “And when they meet, that is SEX!”