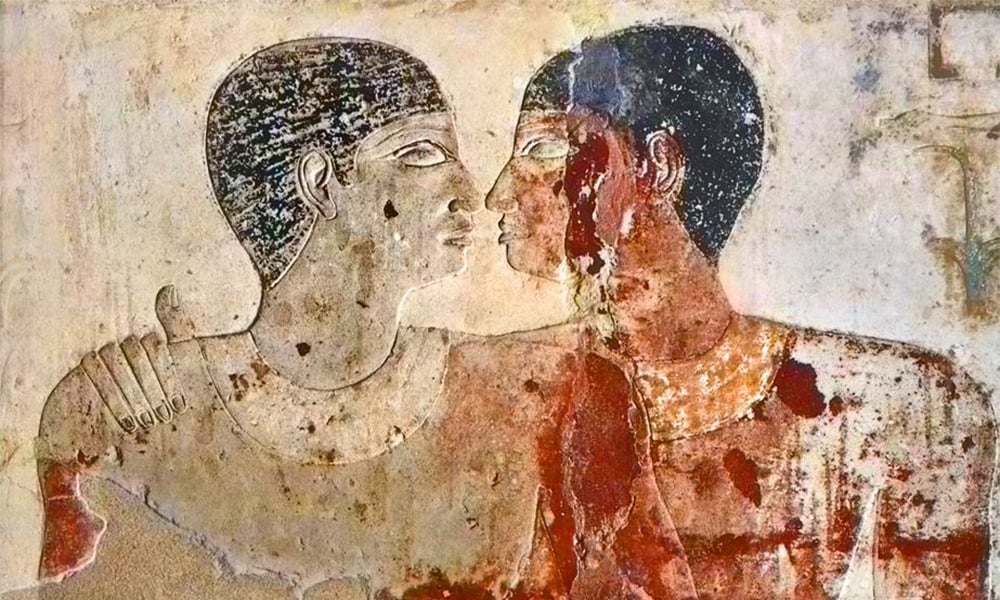 The Oldest Gays in History

Primary sources from the period are largely silent on the subject of same-sex love, and the principal evidence, which is open to interpolation, comes from just three areas: a myth about the gods Horus and Seth, a historical tale about Pharaoh Neferkare and his general Sasenet, and the excavated tomb of court officials Niankhkhnum and Khnumhotep.

In the Contendings of Horus and Seth, a mythological story that exists in several versions, Seth and his nephew Horus vie for the throne of Egypt. Seth keeps on trying to get the better of Horus. At last, he decides to subjugate him by inebriating, seducing, and, at last, inseminating him. “How beautiful are your buttocks, how vital!” used by Seth on his nephew, is probably the oldest recorded chat-up in all of history. In the event, Horus is not all that drunk and succeeds in catching Seth’s semen in his hand.

The next day, he shows his manky hand to his mother Isis, and together they plot their revenge. Horus masturbates into Seth’s lunchtime lettuce. After lunch, Seth puts his case before the tribunal of the gods, but, of course, Horus disputes his claim. When Thoth calls forth their semen, that of Seth rises from the Nile, while that of Horus pours out of Seth’s mouth.

This myth suggests that in Ancient Egypt as in Ancient Rome, the sticking point if you’ll forgive the pun, was not so much with same-sex love per se as with a male playing a passive or receptive role. In 46 BC, Caesar submitted, or appeared to have submitted, to Nicomedes IV of Bithynia, leading to the disparaging title, ‘the Queen of Bithynia.’ A popular quip at the time ran: Gallias Caesar subegit, Caesarem Nicomedes (‘Caesar subjugated Gaul, and Nicomedes Caesar). It is notable that Horus had no qualms with being seduced by Seth, or even with bedding him, but only with being inseminated by him. 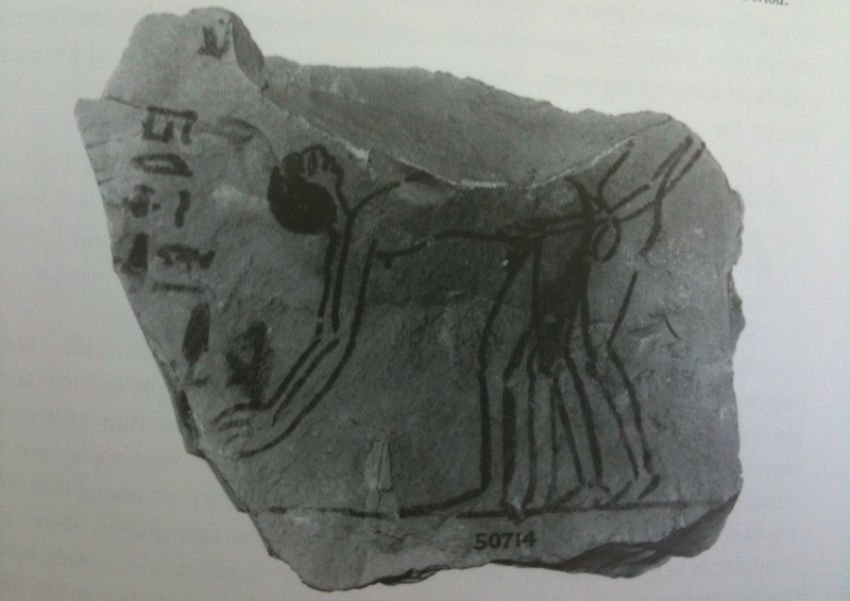 From three extent fragments, it is possible to reconstruct the 23rd century BC story of Pharaoh Neferkare (the long-reigning Pepi II) and his clandestine nocturnal visits to General Sasenet. A spy observed Neferkare going on his own from the royal palace to Sasenet’s house. Once there, ‘he threw a brick after stamping with his foot. Then a ladder was lowered to him (and) he climbed up.’

Neferkare spent four hours with Sasenet, leaving only ‘after his majesty had done that which he had wanted to do with him.’ One fragment specifies that there was no woman, or wife, in Sasenet’s house, and the same incomplete sentence also contains the word ‘love.’ The spy confirms to himself that ‘the rumors about [Neferkare] going out at night are true.’ The tale is censorious of the king’s conduct, not so much because it involves same-sex love, but more because it does not befit a king and god.

In the 25th century BC, Niankhkhnum and Khnumhotep shared the title of Overseer of the Manicurists at the course of Pharaoh Nyuserre Ini. As with the Gentleman of the Bedchamber at the royal court of England, the title is much more prestigious than it sounds, since Niankhkhnum and Khnumhotep would have been granted the rare privilege of touching the person of the pharaoh, and may have been close confidants.

When they died, Niankhkhnum and Khnumhotep were buried together in a mastaba tomb. In this tomb, they are severally depicted embracing and, in one instance, even touching noses, which in Ancient Egypt generally signified kissing. As their wives and children also feature in the tomb, it has been suggested that they were brothers rather than lovers—but having a family need not have precluded them from being lovers, and in the tomb, they are represented in the same manner as husband and wife. Niankhkhnum and Khnumhotep may well be the oldest recorded same-sex couple in history.

Like all ancient peoples, the Egyptians valued fertility and dominance and disapproved in particular of the passive or receptive male role. But they did not have a rigid convention of sexuality as either heterosexual or homosexual, and, at least at certain times, and in certain strata, may have tolerated and even celebrated same-sex love.

Neel Burton is the author of For Better For Worse: Should I Get Married? and other books.

This article was originally published in Psychology Today. Read the original.

The Oldest Gays in History