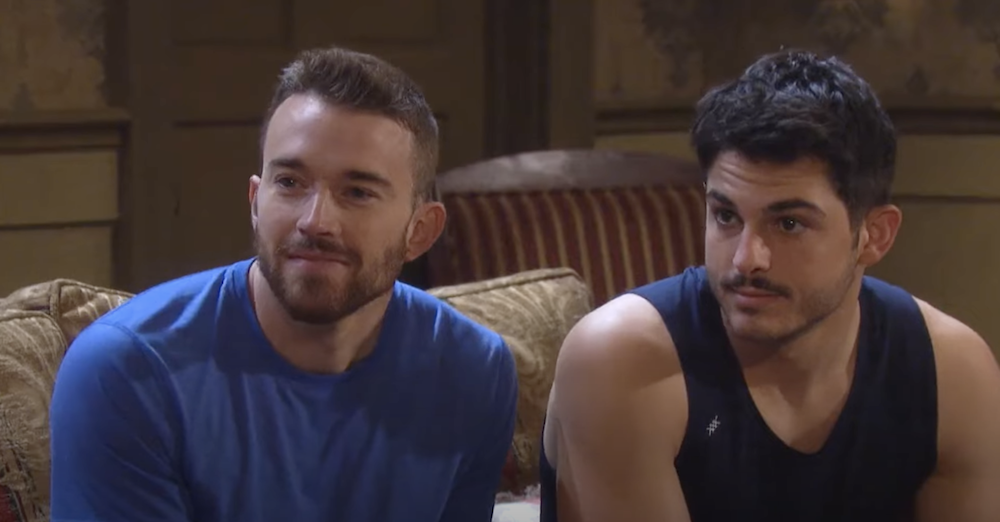 Will and Sonny Are Returning to ‘Days of Our Lives’

Will and Sonny fans get ready because the couple is coming back to NBC’s soap opera Days of Our Lives.

The couple is seen in the latest preview as it’s revealed they are coming back to Salem. But it already looks like there’s trouble in paradise. That’s because Sonny’s ex, Leo, is also coming back. Later in the preview, Sonny tells one of his longest friends Chad, they will have to “understand this guy’s weaknesses if we want to exploit them. Chad replies, “And how do you propose we do that?” before the two smile.

Related | Ryan Phillippe Opens up About Being Shunned for Playing Gay

Will (Chandler Massey) and Sonny (Freddie Smith) made history in 2014 when the characters got married on the hit show. It was the first time daytime TV saw a same-sex marriage. Being they are a soap opera couple, they have been through a lot, including a recast when Zachary Atticus Tinker took over the role of Sonny.  A major storyline in the show was when Will suffered from memory loss and didn’t want to be with Sonny. At that time, Sonny started dating Leo. Will and Sonny have since rekindled their romance.

Fans can see how all the drama unfolds on the next episode of Days of Our Lives on Monday, February 21st.

ICYMI – Will and Sonny in spinoff streaming series

The “Days of Our Lives” super couple returned for a five-episode limited series “Days of Our Lives: Beyond Salem” which airs on NBC Universal’s streaming service Peacock. The spin-off series brought past and present residents together on a treasure hunt like no other for stolen jewels.

Our own Caitlynn McDaniel caught up with returning star Chandler Massey (Will Horton) and new cast member Zachary Atticus Tinker (Sonny Kiriakis) to discuss new storylines, Will and Sonny’s relationship, and so much more.

Will and Sonny Are Returning to ‘Days of Our Lives’