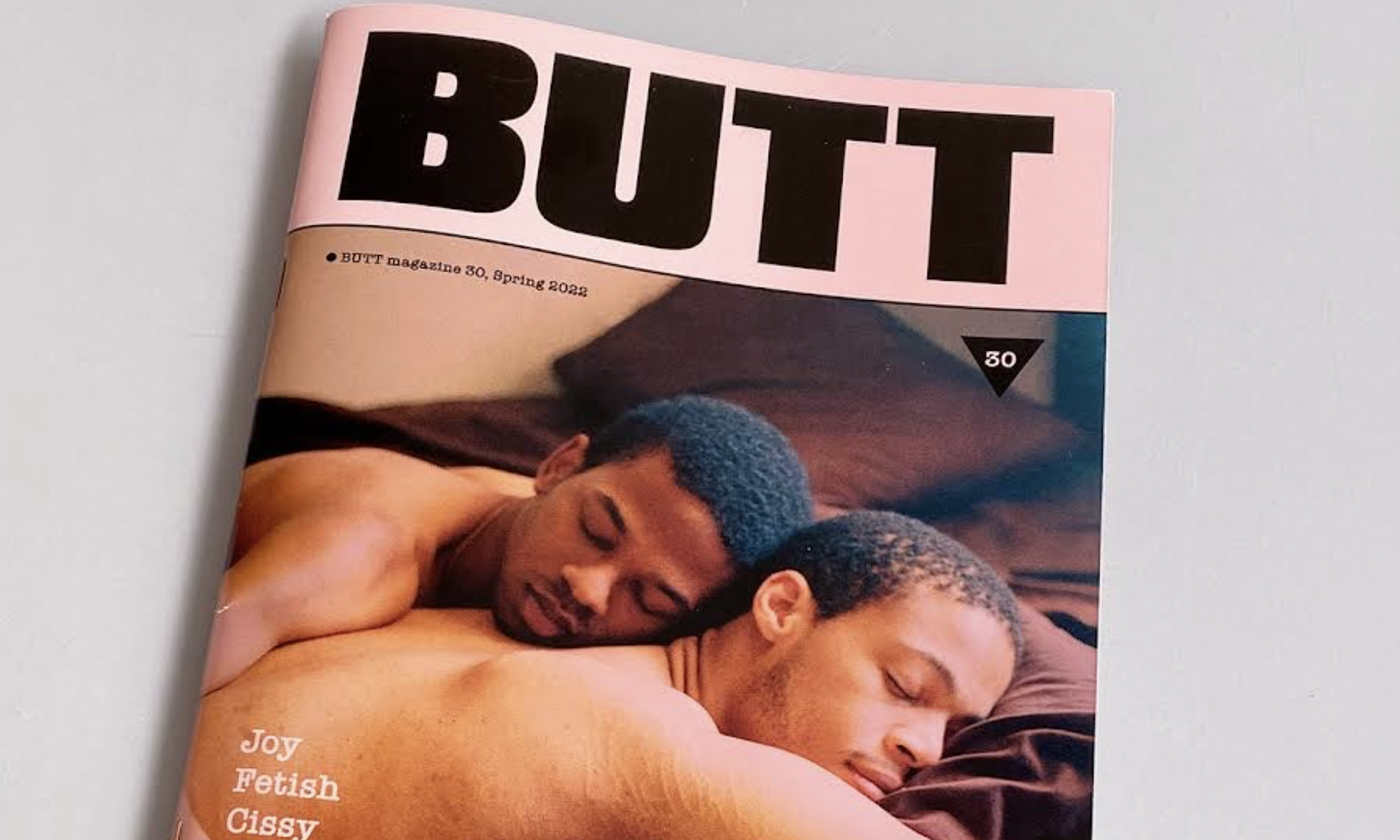 BUTT Magazine is making a comeback!

Butt magazine left the shelves in 2011 after a ten-year run. The quarterly magazine described itself as a “magazine for homosexuals,” which included “realistic and normal conversations with homosexual men.”

“BUTT’s surprise rebirth this spring begins a new conversation focused on cross-community solidarity and sexual freedom,” the publication said in a statement. “While queer visibility may be at an all-time high, BUTT’s candid intergenerational dialogues about contemporary life and love have been sorely missing these past 10 years.”

BUTT is back. The veritable home of faggotry returns with a brand new 30th issue on 4 March. You can celebrate with us in Paris with a special installation at Palais de Tokyo from 4-6 March supported by Bottega Veneta, and a club night on 4 March with party crew Mustang pic.twitter.com/GgrpBqVLNP

Related | This Fitness Expert Wants You to Try ‘Butthole Sunning’

What To Expect From Butt Magazine’s Return

The return edition will mark its 30th addition and be filled with 100 pages of fun. It will be funded through the fashion brand Bottega Veneta. “As a brand, sometimes you want to support something that you simply have a belief in and a fondness for — BUTT magazine is one of those things,” a spokesperson told WWD.

“It has a meaning for many who work for Bottega Veneta, who grew up with the magazine and loved its cheeky view of the world. For many of us, no matter where we grew up on the globe, it made us feel at home. We hope it can do the same for a new generation.”

Fans have had to wait a decade for the upcoming edition.  And the publication wanted to make it worth the wait. Billy Vega, Felix Maritaud, Sunil Gupta are set to be featured along with a “queer community in flux.”

The magazine debuts during Paris Fashion Week next month. And will be available in select stores and online starting March 4th.