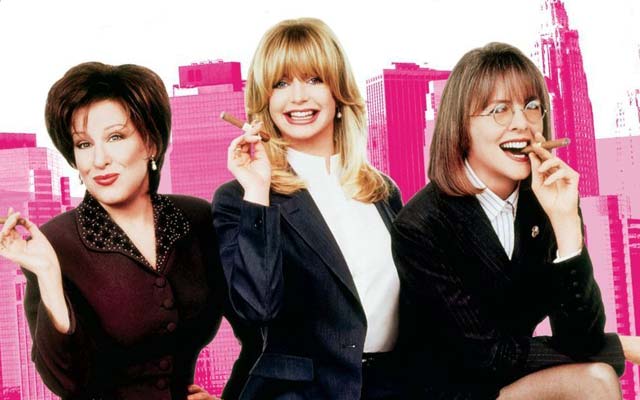 We can’t be the only ones who think the made-for-TV remake of The First Wives Club is completely absurd. Come on; the 1996 film still feels too fresh to be redone on the small screen.

Regardless of what we think, those in charge over at TV Land are taking their chances and recasting the roles once played by some of Hollywood’s most iconic actresses: Diane Keaton, Bette Midler, and the incomparable Goldie Hawn. Need a refresher?

So who do they have tapped to take over? As of now, the network has signed Alyson Hannigan and Megan Hilty, two relatively well-known actresses.

We aren’t underwhelmed with their casting, but we certainly aren’t overwhelmed. Can you ever just be whelmed? (I think you can in Europe.)

Based on the cast and limited information circulating about the characters, we assume Hannigan will try her hand at the role of Annie Paradis, which was executed effortlessly by Keaton in the original. As for Hilty, she’ll take over Elise Elliot (Hawn). But, who will take on the role of Brenda Cushman? Bette Midler is irreplaceable!