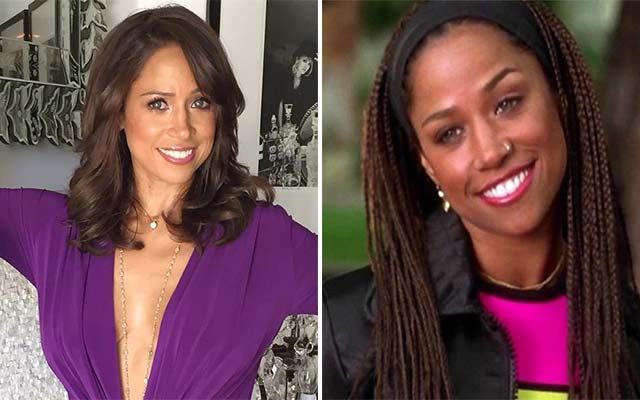 Stacey Dash, 49, is back with yet another anti-liberal remark, while she promotes her new memoir There Goes My Social Life: From Clueless to Conservative.

In an interview with Nischelle Turner for ET, Dash slams Trans bathroom policies, says feminism is ruining men, and that Lady GaGa is a hypocrite and says her anti-bullying campaign is a ruse to promote her “liberal agenda.” I haven’t heard this much crazy talk since Ann Coulter – just sayin’.

“It’s tyranny by the minority. Why do I have to suffer because you can’t decide what you wanna be that day?” Dash says in response to Caitlyn Jenner and trans bathroom rights. “… go in the bushes. I don’t know what to tell you, but I’m not gonna put my child’s life at risk because you want to change a law so that you can be comfortable with your beliefs — which means I have to change my beliefs and my rights? No.”

Related: How This Trans Girl Kicked Transphobia in the Face

Dash appeared this year at the Oscars, under host Chris Rock, and shocked a bit of the crowd. A few days before, Dash had made a controversial statement saying that black people didn’t need representation, and there was no point for the BET channel.

“Hollywood pushes a liberal agenda to the rest of the country,” Dash continued, “Whether we like it or not, Hollywood dictates the culture of the country. If [Gaga’s intentions were pure] then it wouldn’t have brought up all that other stuff, you know? All the other things that came in wouldn’t have come into play. It would’ve just been, ‘This is what I wanna say, and this is it.'”

Dash is now starting her own brand called “Dash America,” which, she says, will change the way we see 21st-century feminists.

“We are the most powerful creatures on the planet, women. That’s why I hate when they say I don’t get this, I don’t get that. I’m like, ‘Come on! We have the men. We raise the men. So, let’s start letting them be men,'” she argued. “Stop trying to be men. Let’s be women. And let’s let men be men. Let’s empower them to be men, because I feel like they’re falling away…”

So she’d love to go to Mad Men days, where women were getting paid less than men (they still do), and LGBT people were persecuted, and black people were second class citizens — other than the fashion and music, the “Mad Men” days seemed to be a little off center, eh?