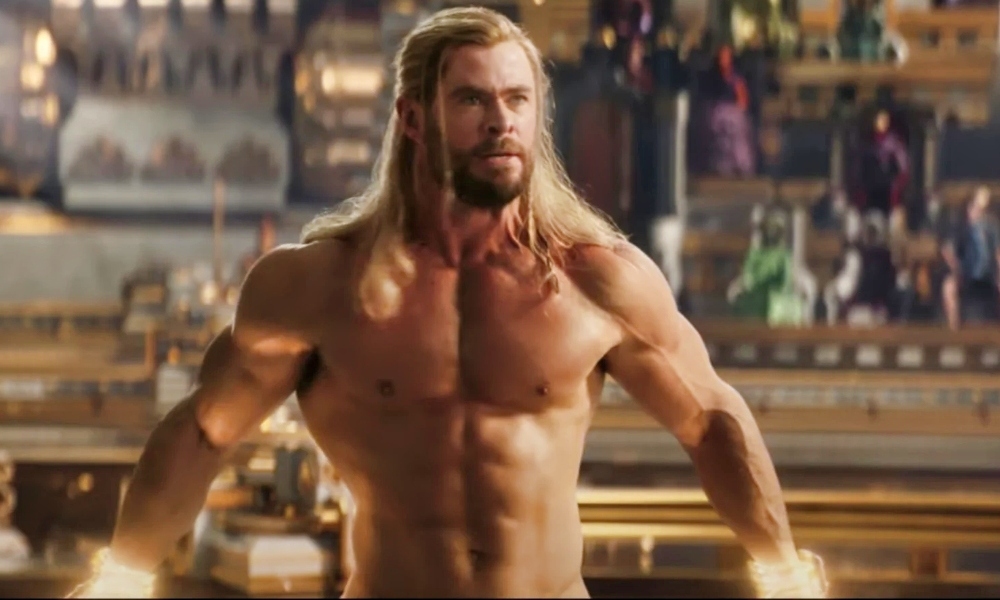 Taika Waititi Confirms Thor Will be Nude in ‘Love and Thunder’

“You have to provide for the masses.”

If you’ve seen the new trailer for Marvel’s upcoming film, Thor: Love and Thunder, then you know the cheeky nude scene we’re talking about.

The one where Zeus has Thor (Chris Hemsworth) held by glowing gold chains and attempts to strip him of his “disguise.” Instead, he removes the superhero’s clothes which causes several women and men in the surrounding area to faint at the sight of the nude God (how relatable).

The Road to Nude Thor

Writer and director Taika Waititi said he always planned to have Hemsworth bare it all in the MCU’s first partially nude scene. And the studio and Hemsworth were onboard.

“That was in the first draft of the script actually and Chris was on board as well,” he told ComicBook.com. “You know, I think you have a body like Chris, like, you know, even he understands. It would be… a waste to not show it off. It would be a crime against humanity. So, you know, you have to provide for the masses.”

We couldn’t agree more! Even Valkyrie and reintroduced Jane Foster were more than okay with the nudity.

What We Know About the Film

Thor: Love and Thunder follows the god on a journey of self-discovery. We know this includes a fitness journey as Thor gained weight during Avengers: Endgame. Why not show off his new bod, right?

The film will also feature several characters from Marvel’s “Guardians of the Galaxy,” Natalie Portman returning as Jane Foster, God of Thunder, and Valkyrie getting extra screen time and likely a more powerful title.

Taika Waititi Confirms Thor Will be Nude in ‘Love and Thunder’