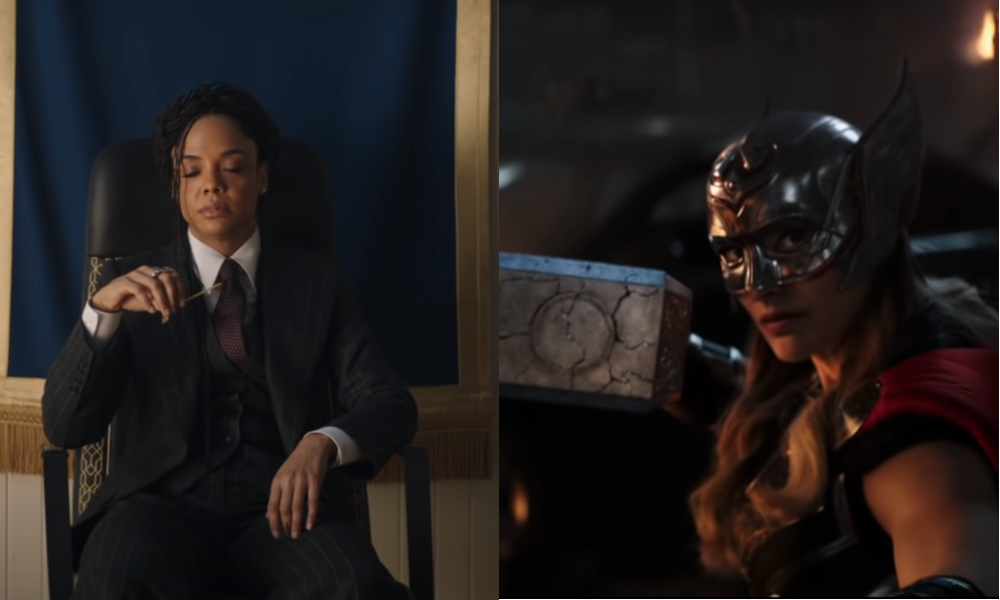 Natalie Portman is back, baby!

It’s finally here. After months of anticipation, Marvel Studios has released the first look at their upcoming film, Thor: Love and Thunder, and there is a lot to unpack here.

Since traveling space with The Guardians of the Galaxy, the God of Thunder forgoes his superhero lifestyle to embark on a journey of self-discovery.

Related | Twitter Reacts After Learning This Batman Actor is Gay

But the real stars of the teaser are Natalie Portman, who is making her debut as the Mighty Thor, and Valkyrie (Tessa Thompson), the new King of Asgard.

Fans rejoiced at the site of Valkyrie, who swapped her usual armor for a pressed black suit. Then at the end of the trailer, Thor’s ex-girlfriend Jane returns looking STRONG and somehow yielding the miraculously repaired hammer Mjolnir. Cue the applause.

What We Know About Thor 3

The trailer does little to describe the actual plot of the film, but reports say Thor: Love and Thunder will see Thor reuniting with some old friends, Valkyrie, Korg (Taika Waititi), and Jane, to fight off a new villainous threat, Gorr, The God Butcher (Christian Bale).

You can see more of Portman as the Mighty Thor in theaters when Thor: Love and Thunder premieres this July.