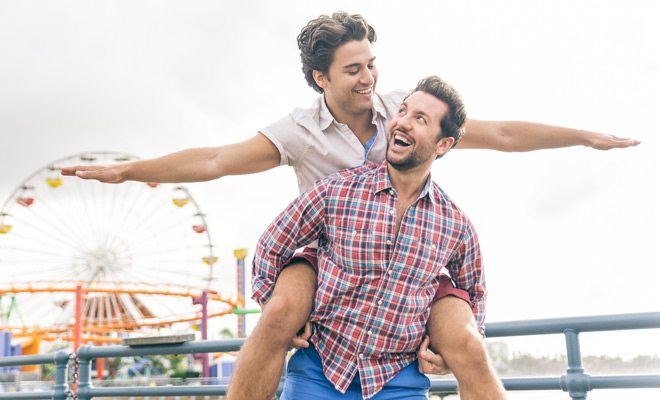 New research has shown that bisexual men run the gambit when it comes to sex and love. Not only do they pay attention to their partner’s sexual needs, but they’re also likely to be more emotionally available in relationships than straight men.

Pallotta-Chiarolli took 78 women aging from 16 to 65 who at one point in their lives had been in a serious relationship with a bisexual guy. The women came from a variety of backgrounds. What she found was that a majority of women thought bisexual partners were more sexually attentive and emotionally available. Many of those women also said that bisexual men made better fathers than straight men.

Pallotta-Chiarolli calls mixed-orientation relationships (or a relationship where both people are of different orientations) “MOREs.” While these relationships sit outside the boundaries of what the world considers normal, she says research shows that MOREs are real, valid, and deserve our attention, support, and understanding.

In today’s world, there are countless of gay guys who are ignorant to bisexuality. Many of them say it doesn’t exist, while others think that it fluctuates throughout life. A lot of them have shown resentment towards guys who have sex with men and continue to hide behind the “straight” label.

But to be fair, it’s not our fault. It’s the media’s. The truth is bisexuals are more likely to commit harm on themselves than any other orientation on the spectrum. According to studies, 44 percent of bisexual teens contemplate suicide in comparison to 7 percent of straight teens.

Often when covering a story about a bisexual person who happens to be in a relationship with someone of the same sex, a journalist will staple them as “gay” without thinking, therefore making bisexuals feel underrepresented.

Guys have it the worst. Women are often encouraged to be bisexual nowadays, but guys are still afraid of speaking publically about it despite that bisexuality among men has increased in the last few years.

Why are guys afraid to talk about their bisexual feelings? Because of the stigma attached, which ultimately affects how they enter a new relationship with gay/straight men or women.

“While we found [the stigmas] are certainly out there, and we don’t shy away from discussing them,” Pallotta-Chiarolli said, “we need to lift the stigma for the women who choose to be in relationships with bisexual men.”

Bisexual men exist. It’s real! The more we can get over the stigma, the easier it will be for single folk like me to snag a sexually attentive, emotionally available, father of the year kind of boyfriend.