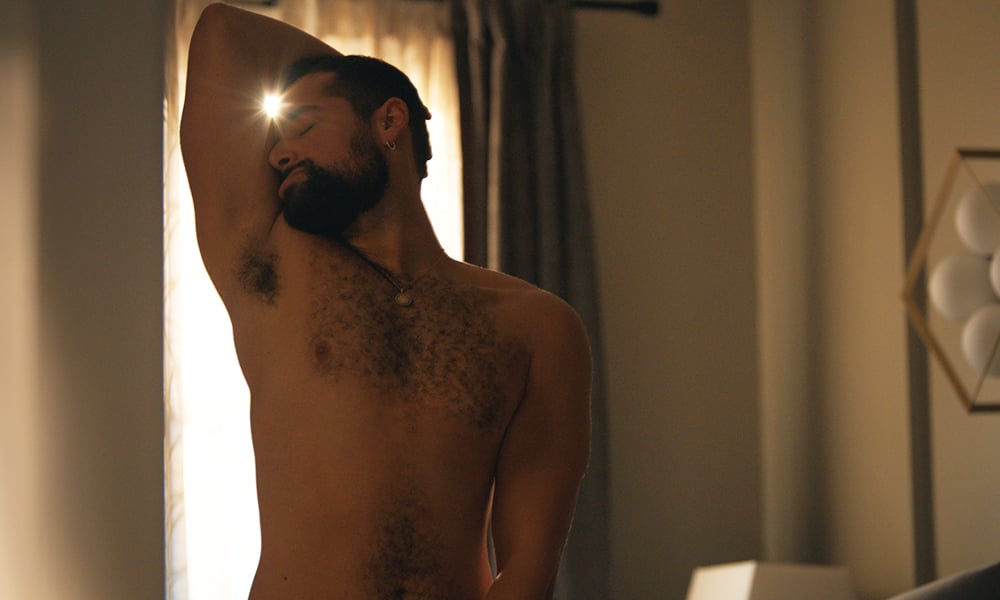 This Queer As Folk hottie is stripping down and opening up in his latest Behind the Scenes magazine cover.

Johnny Sibilly captured our hearts with his portrayal of the dreamy lawyer Noah Hernandez in Peacock’s adaptation of Queer As Folk. Now the actor has stolen our attention once more in his new steamy photoshoot as he recently shared a series of steamy photos.

Posed up in nothing but cheeky underwear and a white tank top, Sibilly is kicking off the last week of Pride month RIGHT.

The Hacks star also dished to Behind the Scenes all about his time filming the Peacock series and what the original Queer As Folk meant to him growing up.

“I remember thinking, ‘I can’t believe this exists, I feel like I’m gonna get in trouble just for knowing it exists.’ But I was definitely a fan of ‘QAF’ from the moment I saw two men kissing on screen.”

Stephen Dunn’s Queer As Folk is a reimagining of the groundbreaking LGBTQ+ series created by Russell T Davies in 1994.

Sibilly says the new series brings new queer representation to the audience’s screens without watering anything down. “I think the new version is doing exactly what the original did by showing unabashed queer stories without teaching the ABCs to our cis-heterosexual counterparts while they’re watching it – it’s kind of like, ‘If you don’t know what this means, you have to Google it.’ And I’m really excited about that because I think we deserve to have our stories told in this way.”

If you haven’t binged it already (where have you been?) you can watch season one of Queer As Folk now on Peacock.