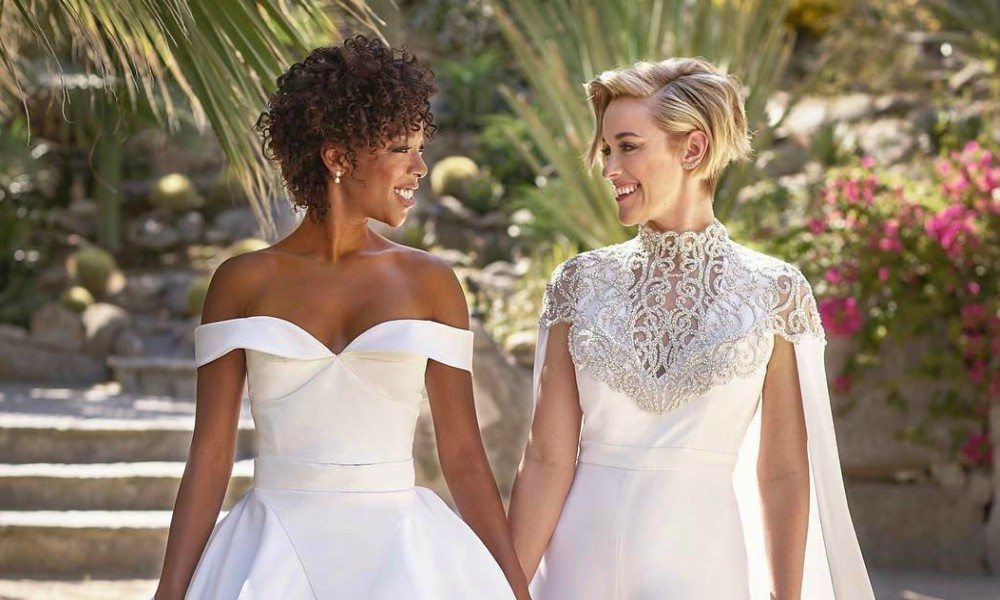 Following their engagement last year, Orange is the New Black’s Samira Wiley and Lauren Morelli were married this weekend.

On Saturday, Wiley and Morelli tied the knot in Palm Springs, California. Martha Stewart Weddings first broke the news. They reported that Beth Helmstetter Events designed and executed the confetti-themed bash. Apparently, the theme was inspired by the couple’s mutual love for Pillsbury Funfetti cake.

The adorable couple chose Palm Springs after Morelli proposed to Wiley while on vacation there last year. Wiley’s parents, who happen to be co-pastors of Covenant Baptist United Church of Christ in Washington D.C., officiated the intimate ceremony.

Major congrats are in order for @OITNB's @whododatlikedat + @lomorelli! ? We're sharing the first exclusive pic from their stunning Palm Springs wedding – and how amazing do these two look in custom @csiriano?! Check out our Stories to get all the wedding details! #marthaweddings ?: @josevilla | ?: @bethhelmstetter

In 2014, Morelli joined the cast of the Netflix hit, and within a few days of being on set, she realized she was queer and attracted to Wiley. In an essay for Mic, Morelli opened up about the “terrifying” similarities between Piper Chapman journey and her own.

“I realized I was gay in fall 2012, one of my first days on the set,” she wrote. “It wasn’t so much one thing, but the sum of many small details: how uncomfortable I felt around groups of lesbians or how I considered myself (shrug) a ‘not very sexual person’.”

She continued, “I am now out to my family, my friends and most of my co-workers on [Orange is the New Black] (and now to you, dear reader).”

“Now, when I am in the writers’ room or on set, I no longer feel like I am stuck in the middle of two truths … I belong because my narrative fits in alongside the fictional stories that we are telling on the show: stories of people finding themselves, of difficult paths and redemption.”