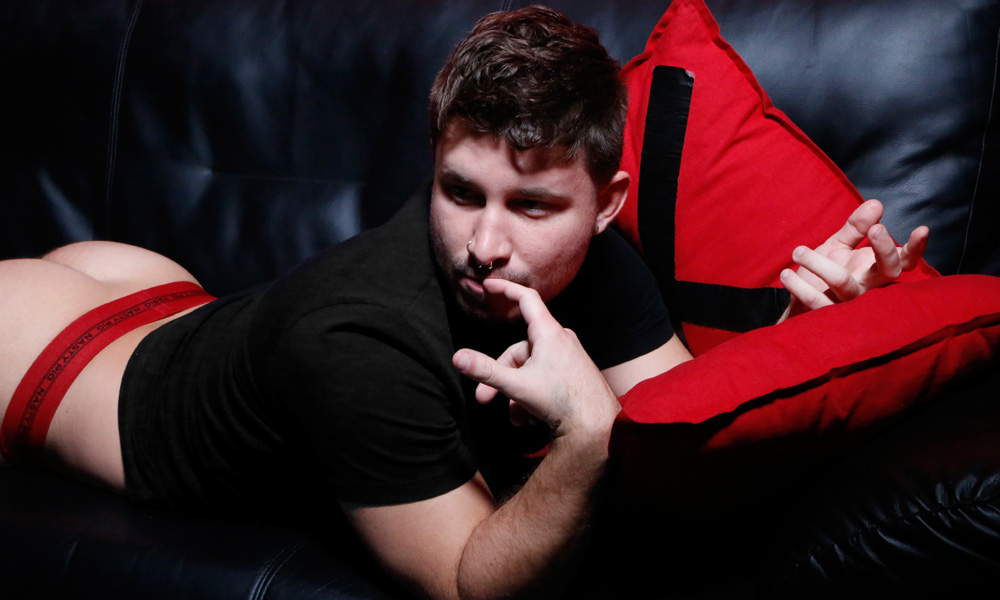 10 Things You Always Wanted to Ask an HIV-Positive Guy

I’m a gym homo. I love Neapolitan pizza. I hate scary movies. I have six tattoos. I take cock like a champ. And, I’m HIV-positive.

After living with HIV for four years, I’ve heard the same questions over and over. Sometimes I wish I could present quick, pre-packaged answers — a list of “saved phrases” on my phone — but then I remind myself how desperately I asked questions during that first impossible week after getting my test results.

So today, I’m answering the questions that everyone secretly wants to ask an HIV-positive guy. What would you like to know?

1. Do you know who infected you?

I don’t. Most HIV-positive guys I’ve talked to do not know who infected them.

Few people intend to give someone HIV. There are random crazies, but most guys are just doing what I was doing — f***ing around, having fun, and assuming everything is fine. You can give someone HIV without knowing you’re positive.

The virus has to “build up” to a certain point in your body to trigger an HIV test, which means you can test negative and still have transmittable HIV.

There’s an ugly myth that HIV-positive folks recreationally go around infecting others. That’s a lie regurgitated by fearmongering, anti-fact, sex-negative, poz-phobic people. It’s likely that the man who gave it to me did not know he had it. I feel for him, whoever he is, because at some point after playing with me, he got news that no one is ready to hear.

I do not, but don’t take that as an indicator of what most HIV-positive guys do. Many HIV-positive men become more diligent about condom use after seroconverting.

In the age of PrEP, condoms are no longer the only way to protect yourself (or others) from HIV — or the most effective. PrEP — a once-a-day, single-pill regimen that has been proven more effective than regular condom use at preventing HIV transmission — is something I urge all HIV-negative guys to learn about.

I play bare. I accept the risks of catching other STIs and STDs as an unavoidable part of the sex I enjoy. I get a full-range STD check every three months, and sometimes more frequently.

3. How did sex change for you after becoming positive?

Since seroconverting, I have more — and better — sex. Forced to see my body and my sex in a new light, I started exploring fetishes and interests I had never tried. In my early days of being positive, I played every week with a dominant. Today, I’m a skilled, kinky motherf****r.

4. Has anyone ever turned you down because of your status?

Many times. When I was newly positive, those refusals really hurt.

I remember one occasion that was especially painful. I was eating Chinese food with a friend and started crying at the table because several guys that week had turned me down on Grindr.

5. How old were you when you tested positive?

I was 21. I didn’t eat for a few days. I slept on friends’ sofas and watched movies instead of doing homework. Somehow I continued acing my college classes.

I walked down to the Savannah River every night to watch cargo ships roll through, imagining their exotic ports — Beijing, Mumbai, Singapore, New York — and their cold passage across the Atlantic. I wanted to jump in the black water every night but I knew some drunk tourist would start screaming and someone would save me.

I made it through those months, and I’m glad I did. The best of my life came after becoming positive.

6. What does “undetectable” mean?

“Undetectable” is a term used to describe an HIV-positive person who is diligently taking their meds. In doing so, they suppressed the virus in their body to the point that their viral load is under 200 copies/m — unable to be detected on a standard HIV test (hence, “undetectable”). Put simply: the virus is so low in your body that it’s hard to transmit.

“Hard” is an understatement. The PARTNER study monitored 767 serodiscordant (one positive, one negative) couples, gay and straight, over several years. In 2014, the results showed zero HIV transmissions from an HIV-positive partner with an undetectable viral load to an HIV-negative partner.

Being undetectable means the likelihood of you transmitting HIV is slim to none. It means you’re doing everything scientifically possible to be as healthy as you can be, and you are protecting your partners in the process.

7. Have you had any side effects from the meds?

Yes, but side effects today are mild in comparison to what they were in the past. AZT was hard on the body, but we’re past that. New HIV drugs come out every year. We’re in a medical age where new treatment options, such as body-safe injection regimens, are fastly approaching realities.

On my first medication, I had very vivid dreams and nightmares, an upset stomach for a week or two, and I developed weird fat deposits on my neck and shoulders. I switched meds a year in and couldn’t be happier.

There are options. Talk to your doctor if you have shitty side effects and ask about getting on a different medication.

It’s just like dating for everyone else. There are losers and jerks, and there are excellent, top-quality guys I love. My HIV status has never impeded my dating life.

I’m non-monogamous, polyamorous, and kinky, and I think these characteristics drive away interested guys faster than anything else. My status never comes up. I put my status loud and clear on every profile, and I say it directly before the first date. If you don’t like it, don’t waste my time — I have other men to meet.

9. How do you respond to HIV stigma?

I have active Grindr and Scruff profiles (and a few others). Each profile reads: “If you’re afraid of my HIV status, block me.”

I’m not interested in someone who, in 2017, walks around terrified of HIV. Learn your shit, guys. Learn about how HIV is prevented. Get on PrEP. Use condoms.

Educate yourself and learn how it’s treated, and what the reality of living with HIV is like today (it’s so mild and easy that I forget about it, TBH).

Yes, you should take necessary steps to prevent HIV. However, you don’t need to live your life in fear or abstain from having sex with people merely because they’re positive. I no longer believe HIV is the worst thing you can catch. Hep C is way worse. Scabies is pretty miserable. And bad strains of the flu kill people.

HIV? It’s one pill (or a couple of pills) a day. Yes, you will have it forever. Yes, you will face stigma for having it. But, the people who stigmatize you are ignorant and out-of-date. Dismiss them.

10. What would you tell someone who just tested positive?

Welcome! You inadvertently joined a club you didn’t ask for, but the membership includes some of the greatest minds in history, so you’re in good company. The virus felled many of the greatest campaigners for LGBTQ rights and freedoms that ever lived. They struggled so that you can get up in the morning, pop your pill, and live a long life.

Those who lived and died paid your initiation fees. They fought, protested, rallied and organized so that you can be here — so that you can stick around and enjoy your fabulous, queer life. Always respect their sacrifice and dedication.

You are loved. You will find love. You will find impossibly good-looking men who want to f*** you (or want you to f*** them) who don’t give a shit about your HIV status. And if it’s in the cards, someday you’ll marry one of those fellas.

You have brothers and sisters who share this quality with you. In the words of Sister Sledge, we are family.

10 Things You Always Wanted to Ask an HIV-Positive Guy