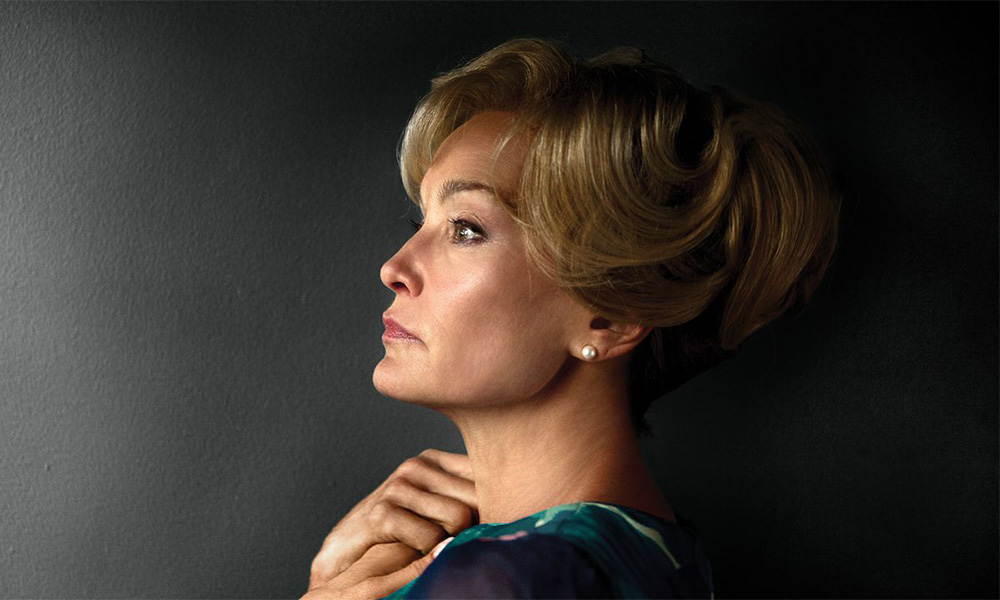 Sneak a peek at Jessica Lange on the set of American Horror Story: Apocalypse.

American Horror Story fans everywhere squealed with delight when it was revealed that Jessica Lange would return for the Coven-Murder-House crossover season, AHS: Apocalypse. FX announced that Lange would return to portray the chain-smoking southern belle Constance Langdon.

If you recall, the character was quite content living with across the street from a pack of murderous spirits, and it was revealed she had a connection to several of those spirits. When we last saw, Constance she was caring for her grandchild Michael Langdon, also known as the antichrist.

In the new season, her demonic grandson is all grown up and making vague passes at Mr. Gallant (Evan Peters). Ironically, Peters portrayed Michael’s father in the first season of the series.

This week, in celebration of reaching 300K followers on Instagram, Ryan Murphy shared a production still of Jessica Lange as Constance Langdon, being directed by her co-star Sarah Paulson. He captioned the photos: “To celebrate 300K followers, here’s a first look at the return of Queen Constance … the one and only Lady Lange … being directed by that dynamo of wit and talent Sarah Paulson. Love them both!”

To celebrate 300 k followers, here’s a first look at the return of Queen Constance…the one and only Lady Lange…being directed by that dynamo of wit and talent Sarah Paulson. Love them both!