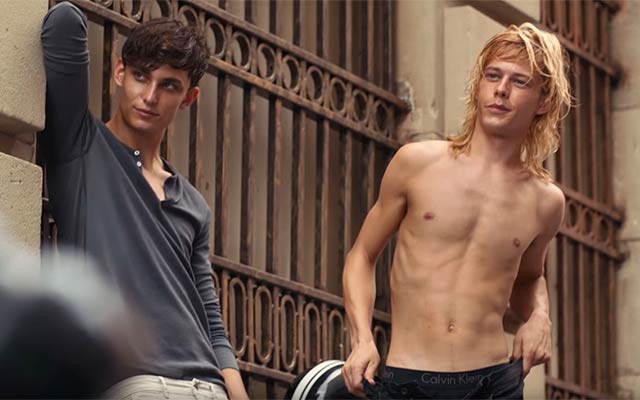 Related: 10 Countries That Will Kill You for Being Gay

The anti-gay country’s authorities target the ads, which they claim contain “elements of propaganda of homosexuality and pedophilia.” Calvin Klein’s ads feature diverse couples, and although the straight couples kiss in the ads, the queer couples hold back their affection.

In response to their ads, the fashion colossus say their ads are “embodying the thrill of life and celebrates the diversity of connections between two people.” According to Russia’s “gay propaganda law, which passed in 2013, the ads target young people in hopes of encouraging unconventional relationships.

You can watch both of the videos below, and add your opinion to our poll at the bottom of the article!