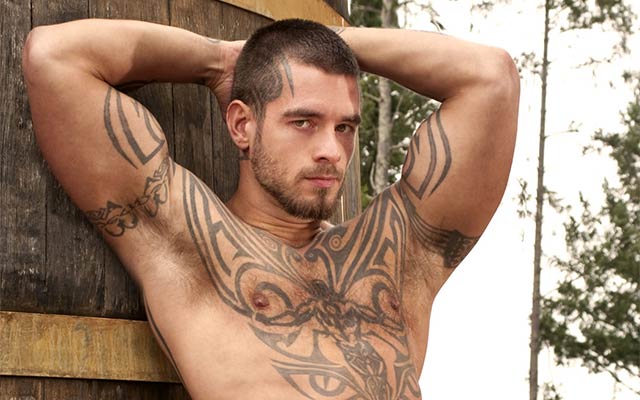 Are you familiar with the name Logan McCree? He’s arguably one of the most famous tattooed studs in the adult film industry. After starring in dozens of Raging Stallion films and winning several awards for his performances, McCree, aka Philipp Tanzer, retired from “acting” to pursue a career as a firefighter in Durness, Scotland.

According to The Sun, everyone in Durness is aware of Tanzer’s past and accepts him as a firefighter. Before his adult career, he spent time in the military and gained experience as a medic, which prepared him for his new profession.

“Everyone in Durness has heard about it. But I really try and help in the community as much as I can and people are very grateful. They needed fresh blood and I was willing to help. They asked me if I wanted to join and I said ‘Sure, why not?’ especially since I’m my own boss. They asked the area manager and he said, ‘Yes, it doesn’t have an impact on his job’”

The Sun also interviewed one of his fellow firefighters, who are totally cool with his history.

Related: Is This the Future of Virtual Reality?

Tanzer identifies as bisexual, and says he’d like to marry a woman and start a family. You can read more about his new life here.