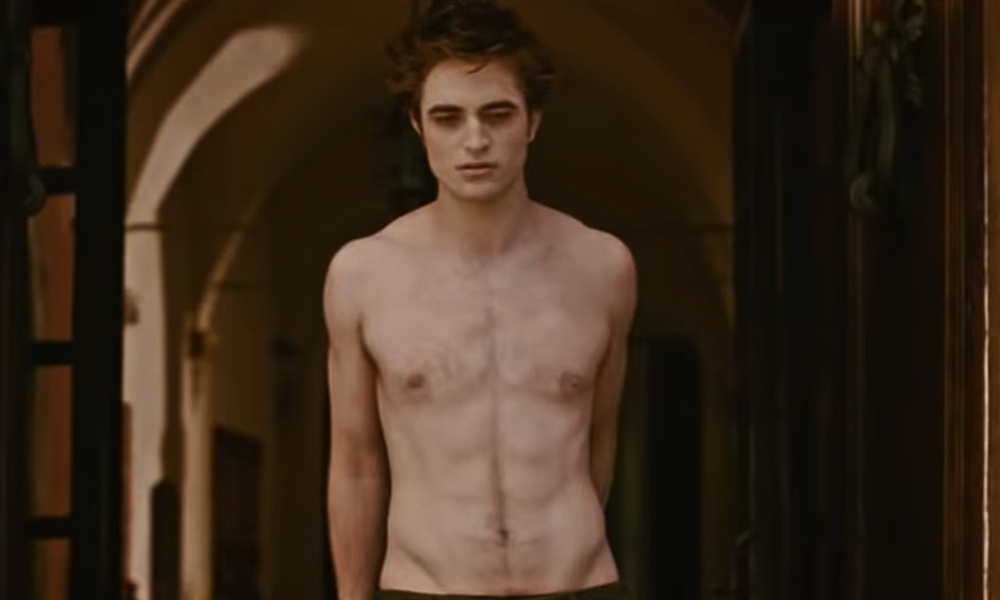 Robert Pattinson is ready to put his vampiric sucking skills to good use.

Robert Pattinson is promoting his new film, The Lighthouse. Still, everyone is interested in his upcoming role as the Caped Crusader in The Batman, which swoops into theaters summer 2021.

Referencing his role as Edward Cullen, Pattinson told The Guardian, “[I already remember] what it’s like to talk about a movie where there’s an expectation.”

He continued, “Whenever you say anything, people are like, ‘Argh! You idiot!’ Like, dude, I haven’t even started yet!”

“But there is no harsher critic of myself than myself, so I don’t need to worry about anyone else,” the 33-year-old British actor explains.

This isn’t the first time Pattinson has performed in a racy production. He notably starred in the 2008 queer film Little Ashes.