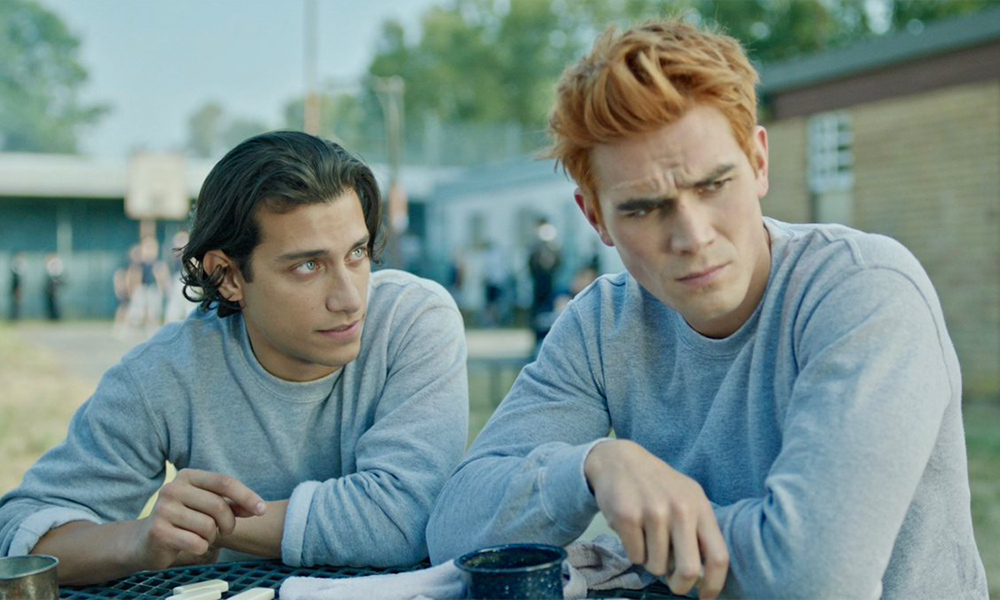 KJ Apa dished on who the best kisser on Riverdale is, and it’s a guy.

Over the weekend, Ellen DeGeneres challenged Riverdale star KJ Apa to answer some “burning questions”. Most of the questions were ordinary, however, one of them piqued our interest.

When asked who “The best kisser on the cast of Riverdale is,” Apa promptly replied, “Rob Raco. I’ve kissed him. He’s a really good kisser. He’s definitely better than all the girls.”

In the first season of Riverdale, Raco played Joaquin DeSantos, a gay member of the Southside Serpents gang. He reappeared for the finale of season two and then again for a bit of season three.

In season three, Joaquin kissed Archie before stabbing the ginger hunk in the stomach. While many LGBTQ fans called the show out for queerbaiting, Apa enjoyed the smooch.

During the rapid-fire interrogation, Apa declined to answer a question about which Riverdale cast member he would be most eager to date.