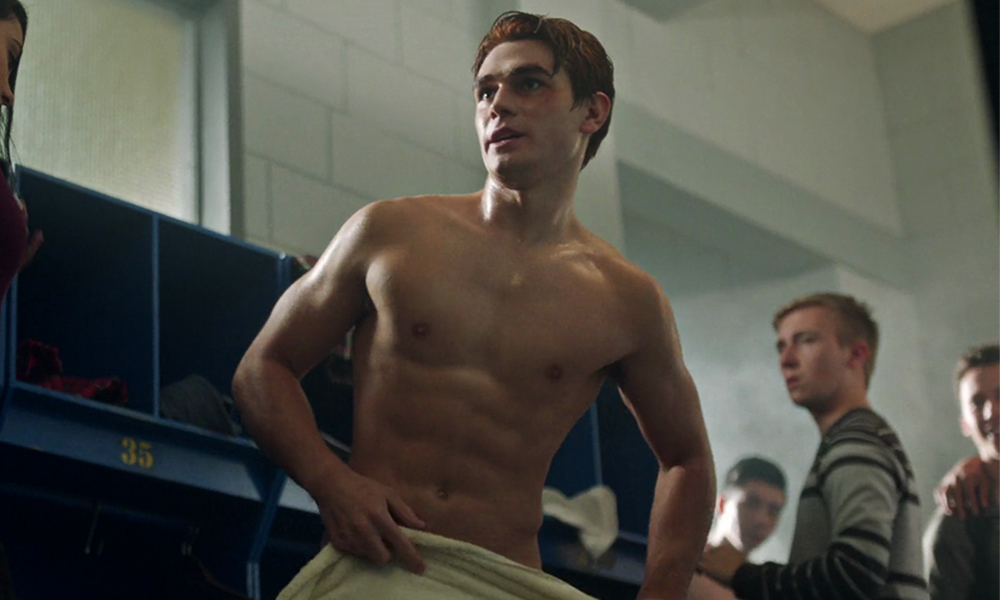 Archie’s Abs Are the Most Important Character on ‘Riverdale’

KJ Apa’s abs are the best thing about Riverdale.

If you’re obsessed with the mysterious, moody world of Riverdale, the chances are good that you’re equally captivated by the small town’s hottest ginger, Archibald “Archie” Andrews. Portrayed by KJ Apa, he’s the main character of the show and a fan favorite for obvious reasons.

If you’ve been living under a rock, here’s a quick refresher:

Archie is a high school sophomore who got in shape over summer and now has to handle newfound attention from his classmates. He struggles to balance his social life with his passion for writing and performing music — against the wishes of his father and his football coach.

Today, we’re not concerned with his conflicts. Instead, we’re focused on paying tribute to Riverdale‘s greatest gift, Archie’s abs. Quench your thirst on 14 steamy GIFs of his abdominals on full display.

Archie’s Abs Are the Most Important Character on ‘Riverdale’