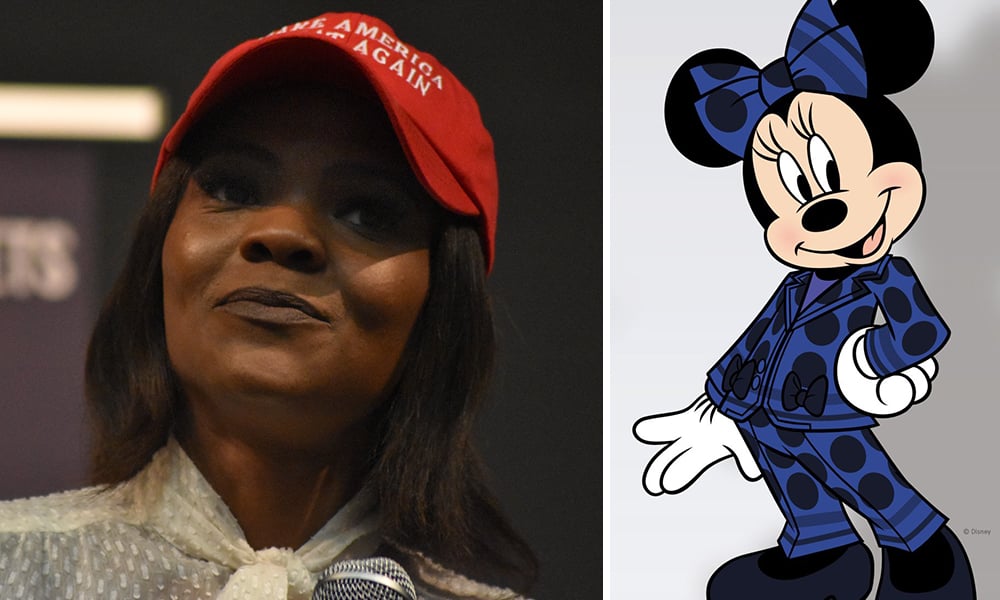 Not only is Candace Owens a not fan of men who wear dresses, but she also doesn’t like mice who wear pantsuits.

This week, Owens, who is a right-wing pundit, appeared on Fox News to talk about Minnie Mouse. This came after Disneyland Paris announced Minnie is getting a makeover, complete with a fabulous pantsuit, as a part of its celebration for its 30th year collaborating with designer Stella McCartney.

Don’t worry, Minnie’s classic red and white polka-dot look isn’t going anywhere. She is just set to wear the pantsuit in the French theme park in the month of March.

However, that doesn’t seem to fly with Owens. “This is why people don’t take these people seriously,” Owens claimed. “They take all these things, that no one was offended about and feel they have to get rid of them and destroy them. Because they’re bored, they’re absolutely bored, they’re trying to destroy the fabrics of our society by pretending there are problems.”

“They’re trying to destroy fabrics of our society” pic.twitter.com/UlytdGMZYA

She continued saying that “they” are trying to distract apparently from the “fact” “you can’t get anything at the grocery store and you can’t buy a piece of bacon unless you’ve got $30 in your pocket.

Owens has also been furious with men wearing dresses, too. Last year, she called for society to “bring back manly men” on Twitter after singer Harry Styles made history on the cover of Vogue while wearing a dress. “There is no society that can survive without strong men,” she wrote while quoting an image of Styles’ cover photo. “The East knows this. In the west, the steady feminization of our men at the same time that Marxism is being taught to our children is not a coincidence. It is an outright attack.”

There is no society that can survive without strong men. The East knows this. In the west, the steady feminization of our men at the same time that Marxism is being taught to our children is not a coincidence.
It is an outright attack.

Later, Harry Styles subtly fired back on Instagram by posting a photo of himself in a blue and cream suit while eating a banana. He captioned the photo “bring back manly men.”