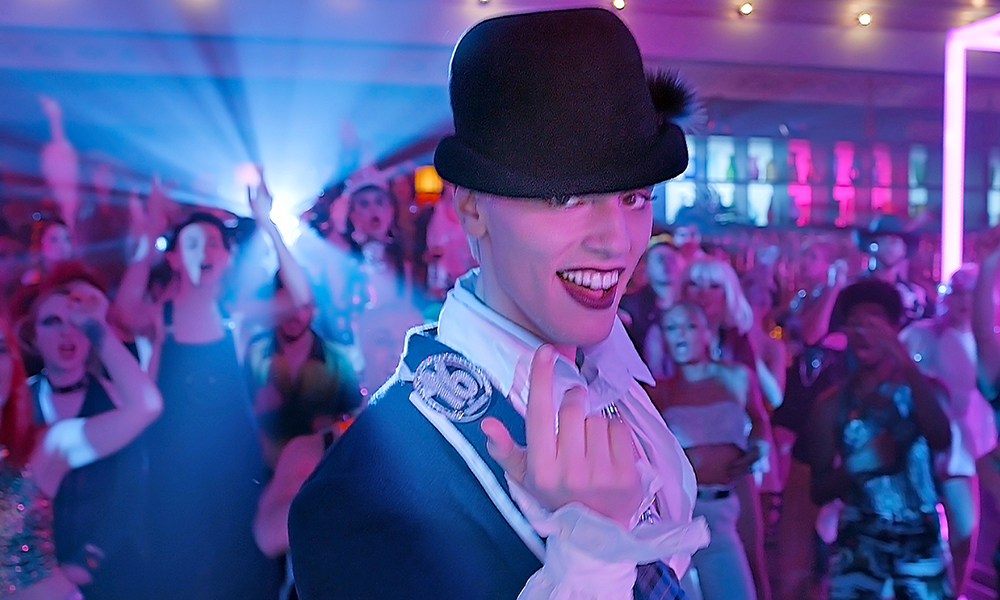 With over 170 hand-picked LGBTQIA+ films from every genre, Outfest offers an inclusive experience for guests to see and resonate with the characters on their screens.

The festival runs from August 13-22 with special events happening all week like digital films, outdoor screenings, galas, special events, talks, and more! If you can’t make it out to LA, don’t worry! This year, Outfest will come to you with digital access available all over the United States.

The 2021 @Outfest Los Angeles #LGBTQ Film Festival is back August 13-22 for a #HotQueerSummer with 10 days of world-class films, panels, and your choice of in-person experiences or online festival programming. Tickets are on sale now at https://t.co/7RtnicyzcX. #OutfestLA2021 #ad pic.twitter.com/ToT3pP5bfR

It all kicked off last Friday with an outdoor gala at the Hollywood Forever Cemetery and a screening of Everybody’s Talking About Jamie — a big-screen adaptation of the award-winning West End musical.

From there, guests will have access to the world premiere of The Sixth Reel and a live performance from RuPaul’s Drag Race season one winner BeBe Zahara Benet.

The closing ceremony will take place on Sunday, August 22 as the Orpheum Theatre hosts a screening of Fanny: The Right to Rock. The film follows the first female rock band to produce an album with a major label. But don’t leave after the screening as the film will be followed by a special live-reunion performance from Fanny!

“We’re thrilled to be coming back in-person carefully and with the intention to celebrate this amazing community, its stories, and its resiliency and spirit with so many incredible films and special events,” Outfest executive director Damien S. Navarro said in a statement. “Activating at some of our creators’ and audiences’ venue favorites like the DGA, Hollywood Forever, the Orpheum, and Redcat in DTLA, we hope it brings all the ‘feels’ everyone is ready for. We can’t wait for everyone to see the festival we have curated — I believe the slate of programming not only meets the moment but distinctly presents the work of some of the most talented contemporaries in queer cinema.”

To purchase a streaming pass or buy tickets to the in-person event, visit outfest.com

Check out the full lineup here.