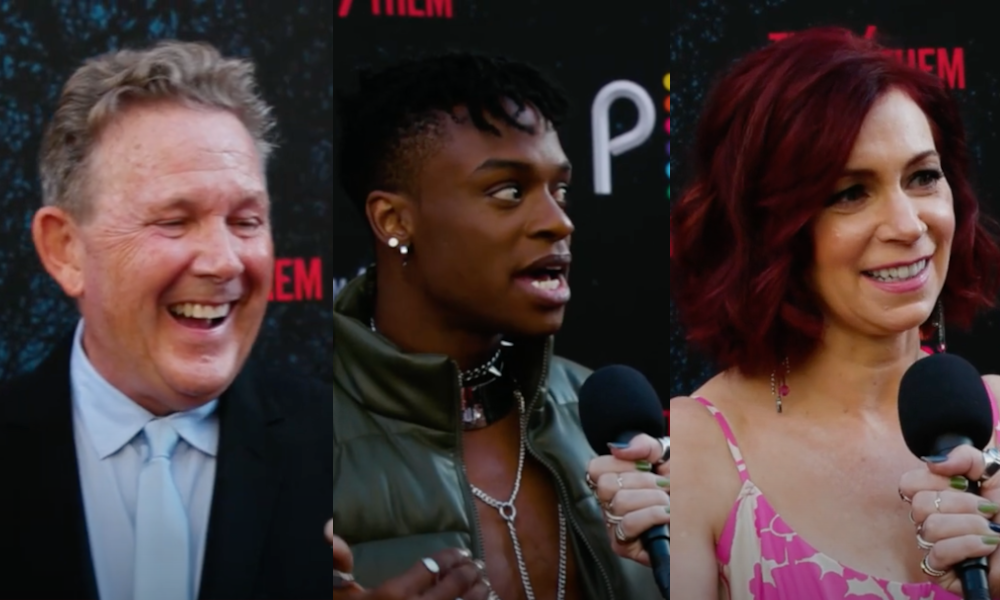 Over the weekend, Outfest Los Angeles celebrated the end of its 40th year with the premiere of Oscar-nominated writer John Logan’s film, They/Them.

It takes place at Camp Whistler, a gay conversion camp run by Owen Whistler (Bacon), and his wife Cora (Preston), and hosts dozens of campers each summer. Several queer campers, led by iron-willed Jordan (Germaine) and Alexandria (Tann), join Whistler for a week of programming intended to “help them find a new sense of freedom.” As the camp’s methods become increasingly more psychologically unsettling, the campers must work together to protect themselves. When an unidentified killer starts claiming victims, things get even more dangerous.

The world premiere took place at the Ace Hotel in DTLA, where the cast and crew came together to celebrate this groundbreaking moment for queer representation in the horror genre. Watch Gayety’s exclusive interviews with the cast on the red carpet below. They/Them premieres on Peacock on August 5.

Outfest is a premier entertainment, media, and arts organization widely considered the best for queer cinema and television, as well as home to several notable educational, mentorship, and film restoration programs.